The Mariners recorded their eighth shutout of the season Tuesday night, defeating Houston 4-0. The teams will wind up a three-game series at Safeco Field Wednesday. 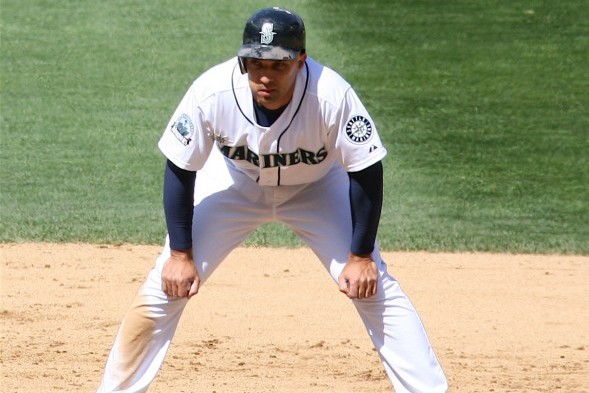 Raul Ibanez has hit 13 home runs for the Mariners this season, a total that leads the club. His 13th came Tuesday night in Seattle’s 4-0 win over the Astros. / Wiki Commons

The Mariners are not very good at winning three games in a row. They last did it between May 1-4 when they beat Baltimore, had a day off, and took a pair from Baltimore. They won three straight only one other time this season (April 27-29), but now have an opportunity Wednesday to sweep the Houston Astros. In the tortured world of Mariners’ baseball, this is a big deal.

Seattle has not swept anybody since beating Cleveland three in a row Aug. 20-22, 2012, a time in which, you may recall, the Seahawks were trying to determine whether Matt Flynn or Russell Wilson would become their starting quarterback.

Not that sweeping the Tribe did the Mariners much good in the grand scheme of things. Nor will sweeping the Astros amount to much, given that Houston is headed for its third straight 100-loss season.

The key issue Wednesday, apart from whether the Mariners can sweep, has to do with Jeremy Bonderman, and whether or not he can follow up on a successful start against the Yankees June 7 with another good outing. Bonderman recorded his first win in nearly three years in that outing and Wednesday’s start against Houston will help answer whether Bonderman can become a contributor to Seattle’s rotation.

Bonderman will oppose Jordan Lyles, who doesn’t have much of a major league resume, including the fact he has never faced Seattle. A closer look:

The 30-year-old Bonderman, a Kennewick, WA., native in his ninth major league season and first with Seattle, will make his third start and first against the Astros. Bonderman faltered badly in his first start June 2, but rebounded for his first major league win in three years in his second, June 7. The Pasco High graduate was originally selected by Detroit in the first round of the 2001 amateur draft.

The 22-year-old Lyles, a Florence, SC., native in his third major league season, all with Houston, will make his ninth start and first against the Mariners. Lyles has had as many no-decisions (4) as he’s had decisions this season. He had his best performance May 22 against Kansas City when he allowed one earned run on six hits in 6.0 innings. Lyles has pitched into the seventh inning just twice.