Mariners DH Kendrys Morales hopped a rowboat out of Havana in 2004, leaving behind teammate and Cuban star Enrique Diaz Martinez, who is thrilled for his friend’s success. 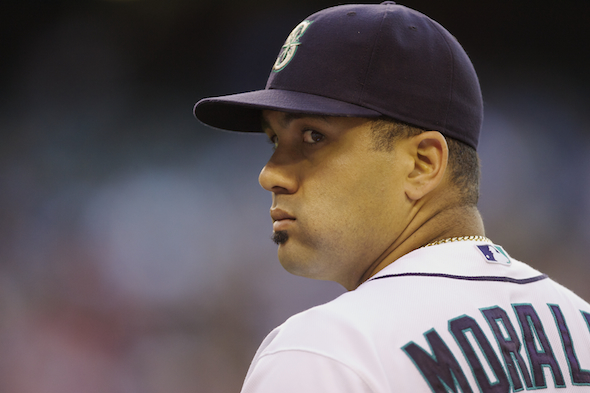 Nine years ago, Kendrys Morales escaped Cuba. Now he wants to return to his homeland as a visitor. / Drew Sellers, Sportspress Northwest

HAVANA — Kendrys Morales and Enrique Diaz Martinez used to be teammates. It’s the only connection remaining between the Cubans, formerly of Havana’s Los Industriales, nine years after each made a decision that took their lives in different directions.

Morales, 29, is in his seventh productive MLB season, hitting cleanup for the Seattle Mariners, making $5.25 million. Martinez is 44, retired after a 23-year career in which he set the all-time marks for hits and stolen bases in Cuba’s top professional league, National Series. Martinez is still in Havana with his wife and two kids in a two-bedroom apartment.

Morales sits in the Mariners dugout in a sleeveless shirt clutching one of his warmup bats. A tattoo on his left bicep depicts an angry-looking bald eagle busting through an American flag. He speaks little English but listens intently as the Mariners’ Spanish translator reissues each question.

The switch-hitting designated hitter smiles when asked about the player who helped him develop early in his career. They haven’t seen each other since.

“I was the youngest guy on the team when I played with him,” Morales said in Spanish prior to a game last week. “He really helped mentor me and helped me get better.”

In 2001-2002, Morales won Rookie of the Year honors en route to a National Series championship. Then 19, he became a star in a baseball-crazed country. Martinez helped him deal with national fame, filling a void left when Morales’s father died more than a decade earlier.

“I visited his house a lot,” Morales, an only child, said of his first year with the Industriales. “It was like a second home for me away from my own home.”

Last week, Mariners manager Eric Wedge praised Morales’s clubhouse presence — “he’s a great influence,” he said — and it isn’t difficult to envision how he became that way, given the way Martinez described how players on the Industriales spent time together away from Havana’s baseball park, Estadio Latinoamericano.

“I’ll never forget one party Kendrys had at his house,” Martinez said. “We played dominoes, ate a lot a of pork and drank a lot of beer that day.”

Nor will he forget June 8, 2004, the day Morales successfully fled Cuba.

After trying and failing to defect 12 times, three of which landed him three-day stints in prison after police thwarted his escape, Morales took a small rowboat to a larger vessel which then took him to the U.S., according to a 2009 story in USA Today. Morales declined last week to answer questions about illegally exiting his home country, citing his desire next offseason to visit legally by reapplying for a passport. In January, Cuban president Raul Castro instituted wide-ranging travel reforms that will allow players like Morales to return without threat of imprisonment.

Martinez said his former teammate had no other choice but to try to escape. More Cubans who feel they are ready to play in MLB are opting to take the same route.

“That was his own decision. What was he going to do?” Martinez said. “We wished a lot of good luck and the most beautiful things for him.”

When the Cuban government learned in 2003 of his desire to leave the country, Morales was banned from playing for the Industriales and the national team.

“(Baseball) is the national pastime,” said Havana’s Armando Lobaina, 26, a cab driver and lifelong fan. “But the good players are leaving for the United States.” 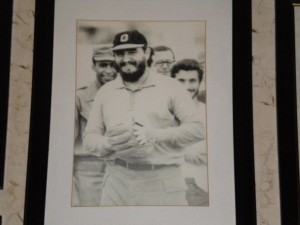 In 2005, Morales signed a six-year, $4.5 million deal with the Los Angeles Angels, and began playing with Class A Rancho Cucamonga. The deal included a $3 million signing bonus.

He left behind family members, including a daughter, though his mother and the girlfriend who he eventually married later immigrated to the United States.

It’s his teammate, though, that still misses him.

“Me and Kendrys were like brothers,” Martinez said. “It was a good relationship. When Kendrys came to Los Industriales he was too young and a little crazy. I taught him the way.”

The reality sets in as Martinez sits poolside and sips a Cristal beer at a hotel in downtown Havana. The former second baseman retired four years ago but says he can still play professionally. Gray stubble speckles his chin.

“I would like a little more attention for what I did for Cuba and baseball here. I don’t have anything,” he said in early May through a translator. “In other countries, guys like me are super rich.” 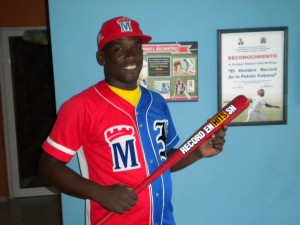 Martinez poses for a picture next to his modest collection of memorabilia at his home in Havana’s Miramar district, / Adam Lewis, Sportspress Northwest

In Cuba, no one becomes wealthy unless they are working for the bureaucratic branch of the country’s Communist government. Nearly everyone else makes the equivalent of $15 to $20 a week regardless of occupation or desire to work, their income supplemented by government-issued food rations. Policemen navigate almost every street corner.

It’s almost impossible to immigrate legally — more defectors are opting to go through Mexico — and most who try to sneak out and are caught are immediately taken to prison.

“Make no mistake, this is an oppressive country where the only criminal is the government,” a man walking along the Malecón, the city’s four-mile, crumbling stone seawall, said on an evening when the air was so thick it became hard to breathe.

For Martinez, the decision to remain in Havana was easy.

“It never interested me then,” he said. “Everybody thinks differently. The motivation for me to stay in Cuba was because of my family. I never thought about going away.” 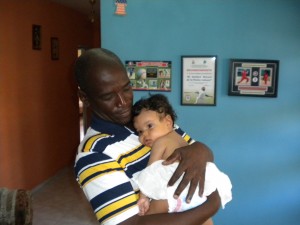 Martinez holds his grandson at his home / Adam Lewis

He probably could have, had he decided to get on a boat with smugglers for the ride through the Atlantic from Havana to Miami. Only 228 miles separate the cities. Cuban refugees are immune from deportation once they set foot in Florida because the U.S. has had virtually no diplomatic relationship with the country since 1960.

“Some of the Cuban players are among the best in the world,” Morales said. “I know there are many talented players there.”

Martinez was one of the most consistent, if not a superstar. His skill level suggested a good chance at a productive major league career, and more enticingly a chance to escape an oppressive government.

“He was a smart guy and a smart baserunner,” Morales said.  “He was on base more than anybody in Cuba I remember playing with.” 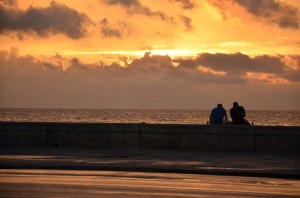 Martinez has two sons, 16 and 21, a grandchild and the rest of his life to wonder where he might be if he took the same path as Morales, riding out into the Gulf of Mexico under the moonlight.

In the meantime, he just wishes he could have another chance to talk with an old friend.

“I’ll see (Morales) soon,” Martinez said. “I just want to play and be with him again.”

In early May, Adam Lewis and a group of students from Washington State University’s  Edward R. Murrow College of Communication spent 10 days in Cuba as part of a Backpack Journalism program.