Mariners: What Do You Expect In The 2nd Half?

The Mariners (43-52) are nearing the start of the second half (Friday at Houston). What are your expectations as the season nears the dog days? Vote in our poll here. 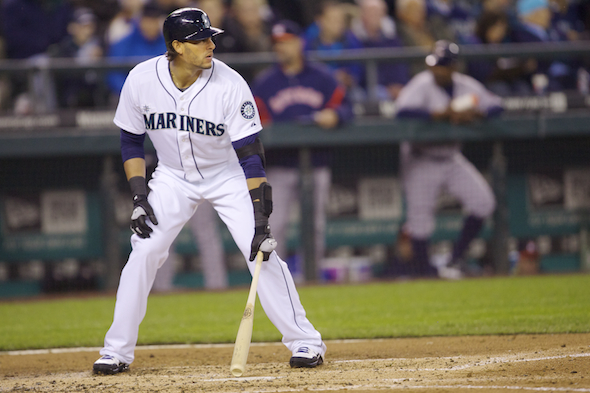 Michael Morse, out with an injury since June 20, has 11 home runs and figures to be a big part of the Mariners’ second half. / Drew Sellers, Sportspress Northwest

The Mariners reached the All-Star break riding the biggest uptick of the season, sweeping the Los Angeles Angels in a rousing three-game series at Safeco Field and demonstrating during a seven-game home stand (also vs. Boston) that, when all meshes, the club can be competitive and entertaining.

Question now is, what’s next? Given developments (or lack of) for much of the first half, a 95-game stretch that mostly only added to decades of ennui, a Mariner fan might see reason for optimism based on the recent trend. Certainly, though, oddsmakers do not.

But here’s the real nose-rubber: Although the Mariners (43-52) are only two games behind the Angels in the AL West and lead the season series 7-6, www.Bovada.lv makes Seattle a 150-1 shot to win the division, but lists the Angels at 10-1.

The Mariners did some good things — compared to previous forgettable years — in the first half. They posted a .500 record at Safeco Field, held a lead in 22 of 52 losses and recorded 14 comeback wins. They also produced improvement (43-52) over last year through 95 games (40-55).

The Mariners also finished the first half with 115 home runs, tied for second most in the majors, and reached the break having hit home runs in a franchise-record 22 games dating to June 20. That streak is the longest in the majors since the Atlanta Braves hit homers in 23 straight in 2006.

Had the pre-Franklin/Miller/Zunino Mariners not suffered 14 defeats in their opponents’ last at-bat, dropped six walk-off games (including three in a four-game series in Cleveland), endured an eight-game losing streak (May 17-25), lost five times to the lousy Astros, or hit as badly with runners in scoring position, they would not be 13 games out with seemingly little to play for other than third place in the division.

RISP was the killer number. The Mariners ruined chance after scoring chance by batting .225 in the clutch, tied with the Astros for last in the American League (in two stretches, they went 0-for-28 and 2-for-32).

That brings us to expectations, namely yours, for the second half. Will the Mariners build on their late, first-half flourish and finish close to .500, or will they find a way to flounder as they traditionally do? Will you be satisfied if the Mariners play .500 ball or close to it, or do you subscribe to the notion that playing .500 is nothing to celebrate?

Since 90 wins is clearly out of the question, will the Mariners win between 80-89 or between 70-79? Does it even matter? Please take a moment to take our poll and leave a comment.