With their 8-2 romp over Minnesota Thursday night, the Mariners have won nine of 10 and are 14-6 in July. They play Minnesota in the second of four at Safeco Field Friday. 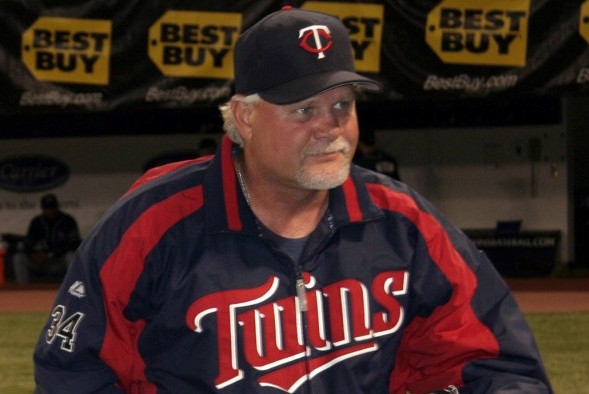 Manager Ron Gardenhire and the Twins will take their first look of the season at Felix Hernandez Friday night at Safeco Field. / Wiki Commons

If the Baseball Writers Association of America conducted its American League Cy Young vote today, the award probably would go to Felix Hernandez of the Mariners, based largely on two dominating stretches. Over his past five starts, King Felix is 3-0 with a 1.54 ERA and a 1.05 WHIP, the 1.54 ERA lowering his season mark to 2.43, best in the AL. Good as this is, in only represents Hernandez’s second-best run this season.

In a six-start streak from mid-April to mid-May, Hernandez produced a 4-0 record with matching 0.82 ERA and WHIP marks.

Another factor that might tilt a Cy Young vote to Hernandez: Of the four other current contenders — Chris Sale, White Sox; Bartolo Colon, Athletics; Max Scherzer, Tigers; Yu Darvish, Rangers — only Sale pitches for a club with a losing record. Sale’s numbers — 2.81 ERA, 1.02 WHIP, 10.0 K/9 — are about equal to Hernandez’s.

Felix last made his case to the Twins in August, throwing a 1-0 complete game. But that was then, and now Hernandez will face a Minnesota team that struggles offensively. The Twins rank 11th in the AL in runs scored, 13th in hits, 13th in home runs, 11th in batting, 10th in on-base percentage, 12th in slugging and 11th in OPS.

Thursday night, the Twins should have been blanked 8-0, but Oliver Perez gave up a pair of run-scoring doubles with two outs in the ninth. The Twins couldn’t do anything with Hisashi Iwakuma, who stretched his streak of scoreless innings against them to 26.2.

Hernandez is right behind that 26.2. He hasn’t allowed an earned run to the Twins in his last 24.0 innings against them. Hernandez will oppose Scott Diamond, who defeated Seattle 10-0 June 2, but otherwise has struggled all season. A closer look:

The 27-year-old Hernandez, in his ninth major league season, all with Seattle, will make his 22nd start and first against the Twins. The four-time All-Star won his sixth straight decision Sunday with 6.0 shutout innings at Houston. Hernandez is 6-0 with a 2.34 ERA over 10 starts since his last loss May 25 in Texas. He’s 6-5 with a 2.17 ERA in 14 games vs. the Twins.

The 26-year-old Diamond, an Ontario, Canada native in his third major league season, all with Minnesota, will make his 19th start and second against Seattle. Diamond continued his season-long struggles with another rugged outing against the Indians Sunday. The left-hander allowed six runs (five earned) on seven hits over 4.2 innings.