Steve Emtman and Bob Walsh will be inducted into the State of Washington Sports Hall of Fame Aug. 24 prior to the Angels-Mariners game at Safeco Field. 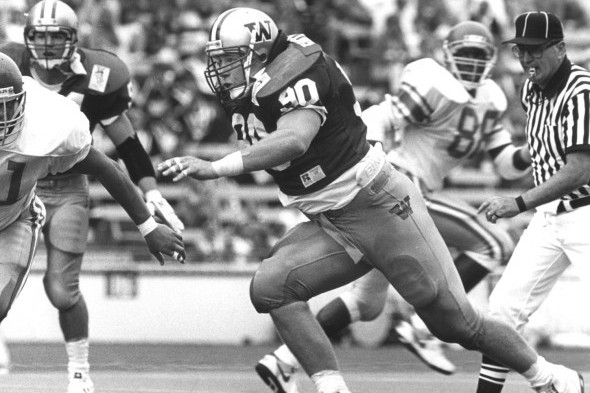 Former University of Washington defensive lineman Steve Emtman, the Outland Trophy and Lombardi Award winner who helped lead the Huskies to the 1991 co-national championship, and sports promoter Bob Walsh have been voted into the State of Washington Sports Hall of Fame. Induction ceremonies are Aug. 24 at Safeco Field prior to the Angels-Mariners game.

Considered the greatest defensive lineman in UW history, and one of the best in college football annals, Emtman was a two-time All-America selection and the 1991 United Press International Lineman of the Year when the Huskies were voted No. 1 in the USA Today/Coaches poll. 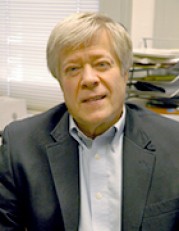 The Cheney, WA., native, virtually unblockable in college, subsequently became the first Husky selected No. 1 overall in the National Football League draft. He played parts of six seasons with Indianapolis, Miami and Washington before injuries ended his career.

Walsh arrived in Seattle in 1973 as Bill Russell’s choice to serve as assistant general manager of the Sonics. After Russell left the franchise, Walsh worked in athletic representation (he was the agent for Steve Largent and Jim Zorn), and then moved into events production.

Starting in the early 1980s, Walsh and his company, Bob Walsh and Associates, brought to Seattle dozens of national and international sporting events, including the 1987 NBA All-Star Game and three NCAA Final Fours, held in the Kingdome in 1984, 1989 and 1995.

Walsh is perhaps best known as procurer and promoter of his signature achievement, the 1990 Goodwill Games, an Olympics-style competition held in Seattle and Tacoma.

Disclosure: Walsh is a member of the board of directors of Sportspress Northwest.

The Goodwill Games attracted athletes from 54 nations who competed in 23 sports. The Games’ legacy includes the King County Aquatic Center in Federal Way.

The Washington Sports Hall of Fame was started by sportscaster Clay Huntington of Tacoma in 1960. The entries of Emtman and Walsh will bring the total of inductees to 181. The Hall is in the Tacoma Dome.