The Mariners have lost six in a row — so much for the inspirational return of manager Eric Wedge — and face the worst team in the AL West in the Houston Astros. 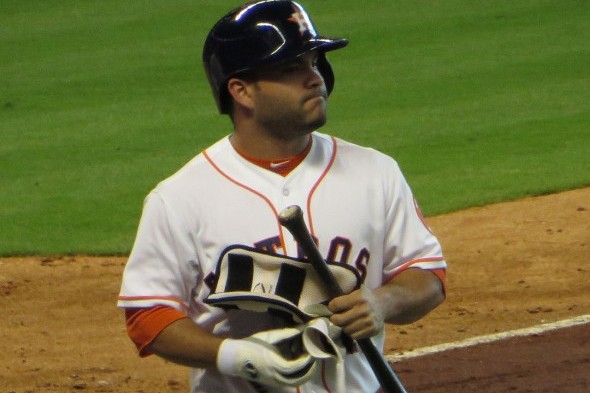 Jose Altuve is Houston’s leading batter, which is like being the prettiest girl in Siberia: It won’t get you to Hollywood. The Mariners and Astros tee it up Thursday in the first of four at Minute Maid Park. / Wiki Commons

If the Mariners are to finish the 2013 season with any credibility, they have to win the four-game series with the Houston Astros that starts Thursday night at Minute Maid Park, and probably sweep it. Houston roosts in last place in the AL West, careening toward more than 100 losses. A failure to produce here by the Mariners would represent a dramatic step back from last year, the 11th in a row sans playoffs.

The Mariners (59-73) have nothing but negative momentum heading into Minute Maid Park. They have lost six in a row, their second-longest losing streak of the season, are coming off a winless home stand (0-6) — the first in franchise history that included more than four games — and are headed to another 90-loss season.

With the season in the dumpster no matter what happens in Houston, the Mariners will trot out two young pitchers in the series who figure prominently in their 2014 plans, Erasmo Ramirez and Taijuan Walker.

Walker, a 21-year-old and deemed the top pitching prospect in the Mariners system, will make his major league debut Friday, having been summoned from AAA Tacoma to take Aaron Harang’s spot on the rotation. Ramirez works Thursday.

Ramirez ran his record to 4-0 without recording a quality start, before losing in his last outing in what was a quality start, against the Angels. He will oppose Jordan Lyles, who whiffed 10 Mariners the last time he faced them.

The 23-year-old Ramirez, a Nicaragua native in his second major league season, both with Seattle, will make his eighth start and first against the Astros. Ramirez allowed two earned runs in his second quality start in his last start but came away with his first loss. He will be facing the Astros for the first time in his career.

The 22-year-old Lyles, a Florence, SC., native in his third major league season, all with Houston, will make his 21st start and second against the Mariners. After losing five decisions between June 23-Aug. 6, Lyles has won his last two, including a 12-4 victory over Toronto Aug. 23. The last time Lyles pitched against Seattle, June 12, he recorded a career-high 10 strikeouts.