Taijuan Walker is the first of the “Big 3” to make his debut with the Mariners, who play the second of four against the Houston Astros Friday. 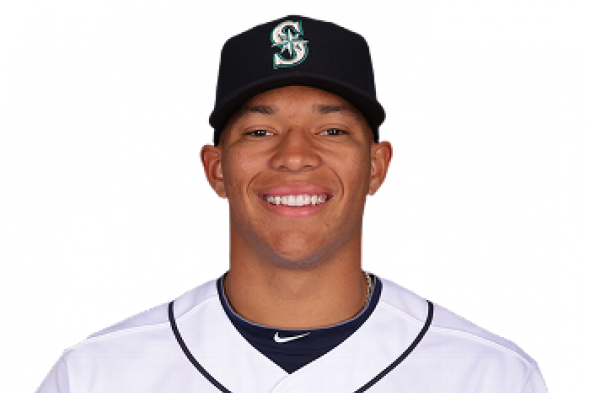 Taijuan Walker makes his major league debut Friday night against the Houston Astros. He will become the fifth-youngest pitcher in Seattle history to make a start.

The wait is over.

The Mariners Friday made official the arrival of flame-throwing RHP Taijuan Walker, recalling the starter from Triple-A Tacoma in advance of his MLB debut against the Astros.

Accompanying his first appearance for the Mariners, and specifically for GM Jack Zduriencik, is a chance to show an increasingly tormented fan base that the plan is working. It also presents an opportunity to make amends for developing a starting rotation plan that was destined to fail.

RHP Felix Hernandez and RHP Hisashi Iwakuma were locked in at the top. Wonderful. They’ve been among the best throwers in the league. Hernandez and Iwakuma feature an identical 4.9 WAR in 2013, meaning combined they’re worth roughly 10 wins more than two replacement-level starting pitchers.

But the Mariners are 60-73. If one could for a moment ignore the bullpen struggles, that speaks to just how bad the rest of the Mariners rotation has been. RHP Aaron Harang, released last week after posting a 5-11 record with a 5.76 ERA, was mostly pitiful in 22 starts.

Joe Saunders has pitched slightly better, his 10-13 record and 5.09 ERA serving as the overwhelming evidence (for baseball traditionalists).

RHP Brandon Maurer’s foray into the world of starting pitching was just as hapless. He started 10 games before his performance dictated a return trip to Tacoma.

That was a worst-case scenario for Zduriencik. Two of his three stop-gap starting pitching solutions, Harang and Saunders, failed — not to mention Jeremy Bonderman, cut earlier this year — and the minor league starter who appeared primed for the top level, Maurer, flamed out, at least for now.

The Mariners were 0-for-3 in finding a solid third option in the starting rotation, their last hope for help from their farm system sidetracked when LHP Danny Hultzen missed most of the season with a shoulder injury and LHP James Paxton was slower to develop (8-11, 4.39 ERA) than many initially expected.

RHP Erasmo, recalled from the Rainiers on June 11, has been OK, posting a 5-1 record. But a glance at the rest of his numbers paint a bleaker picture — one more suited for the back end of the rotation: Eight starts, 30 runs allowed,  a pedestrian 5.11 ERA and a 0.0 WAR.

Which is why Walker’s debut against an Astros club more suited for the Pacific Coast League holds significance. Zduriencik has said in the past that he doesn’t want the organization’s top young prize to eclipse 160 innings, so he’ll likely be shut down after three starts regardless of his performance.

Walker entered the season ranked the No. 5 prospect in the land by MLB.com. Between Double-A Jackson and the Rainiers, he struck out 160 hitters. At 21, his progression developing a cutter to complement a fastball capable of touching 99 MPH allowed him to surpass Hultzen and Paxton, the other members of the farm system’s”Big Three.”

Walker will be the youngest Mariners pitcher to debut since Hernandez took the hill for the first time in 2005 at the age of 19. Comparisons to Hernandez, or Iwakuma’s numbers, for that matter, aren’t fair.

Walker needs to be the third best pitcher in the Mariners rotation. That would be a start.