A fan favorite, FB Michael Robinson, was cut by the Seahawks Friday as NFL teams pared down to 53 players. Also gone: Veteran CB Antoine Winfield. a 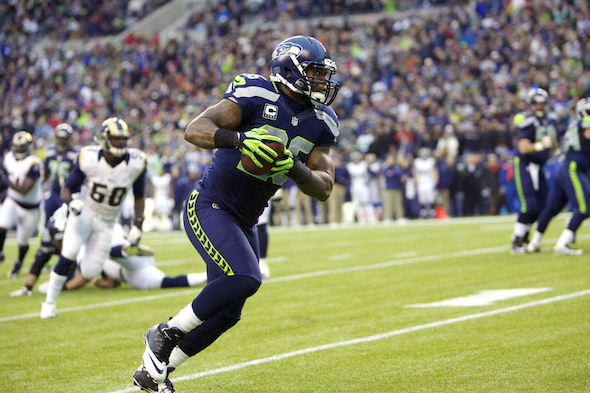 It wasn’t necessarily a shock because he was the highest-paid fullback in the NFL at $2.5 million, but logic won’t trump sentiment for some fans after word came Friday night that the Seahawks cut Michael Robinson, one of the team’s most popular and accessible figures.

Especially through his “Real Rob Report”on YouTube, a weekly video of behind-the-scenes locker room banter that let fans hear and see players absent the traditional media filter, Robinson connected with fans in ways like few others.

Been real #12thMan will always have love for ya

Another 20 cuts are expected to come by 3 p.m. Saturday as NFL teams reach the 53-man roster limit for the start of the regular season next week. Another surprise was the release of CB Antoine Winfield, signed in April from Minnesota to provide depth and experience in a young secondary. But at 36 after 15 NFL seasons, coach Pete Carroll’s premium on youth had to have been a factor.

Robinson, 30, arrived in 2010 after four seasons in San Francisco, where he was a fourth-round draft choice in 2006. He made the Pro Bowl in 2011 despite just four carries and nine receptions, proving himself a key part of the offense with his blocking ahead of RB Marshawn Lynch.

Robinson was a quarterback at Penn State, where he finished a degree in advertising and public relations in three years.

Robinson became ill over the last week of the preseason, missing the final two games with what Carroll described only as a virus. “He’s really sick,” Carroll said. The Seahawks will save $1 million against the salary cap by cutting Robinson now.

Two younger players, Derrick Coleman and sixth-round draft pick Spencer Ware, have shown flashes during the preseason, apparently enough to give Carroll reason to go with them. At the start of the Seahawks game against Oakland Thursday, TE Zach Miller opened in the fullback spot.

I’m going to miss you @RealMikeRob You’re the best in the business. Love you VA.

According to a report from NBC Sports, the Seahawks will part ways with DT Jaye Howard, a 2012 fourth-round draft pick who never fulfilled expectations after a career at the University of Florida.

Howard appeared in two games last season for the Seahawks, but failed to record a tackle.