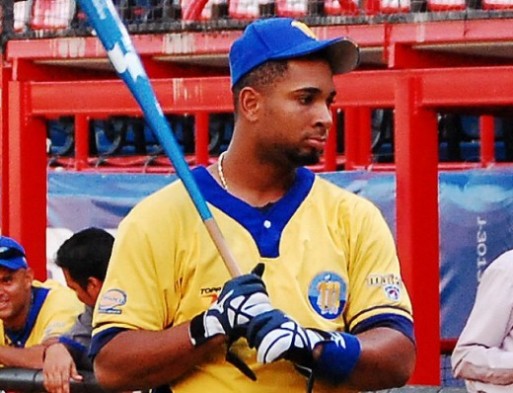 Balentien struck out early and often during his unproductive MLB career. / Wiki Commons

Long labeled a franchise that consistently churns out AAAA talent, the Mariners might be able to lay claim to another distinction — producing Japan’s single-season home run leader.

Balentien has 22 regular season games to tie or break the record, but his ridiculous 1.278 OPS makes the feat seem like a foregone conclusion.

Before partaking in repeated palms to forehead, harken back to Balentien’s days with Seattle.

Fans may remember him as the can’t-miss prospect who regularly embarrassed Pacific Coast League pitching (.291 with 24 home runs and 84 RBIs in 2007) before the Mariners gave the outfielder an extended shot, recalling him from Triple-A Tacoma during the 2008 season. That year he appeared in 71 games, batted .202 and posted a rollicking .592 OPS.

He didn’t fare any better the next season. Given 155 at bats in 2008, he posted a .213 average, hit four home runs and knocked in 14 runners. He was so bad the Mariners traded him to Cincinnati July 29, 2009 for somebody named Robert Manuel.

Balentien actually turned things around with the Reds, hitting .264 with a respectable .779 OPS in 40 games. But Cincinnati released him in the offseason, so the 29-year-old native of the island nation of Curacao decided to pursue a career in Japan.

Smart thinking. He hit 31 home runs each of his first two seasons and is now on the verge of breaking the record set by Oh in 1964.

At least the Mariners now have a reasonable retort for fans who complain about the lack of offense.

It is tough to score runs (Seattle ranks 19th in the MLB) when their hitters that travel farthest from Seattle become the most successful.