Finally, some trash talk to fire up 49ers game 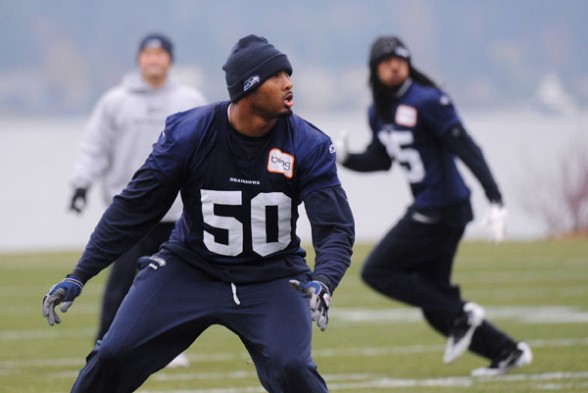 Thank you for providing the Seahawks and 49ers the opportunity to talk a little smack before the biggest showdown since Ali-Frazier. The bland commentary from Wednesday’s media session is one reason why newspaper circulation has been steadily declining for 30 years.

“Extra weight on the racks all week getting less sleep for these She-Hawks I love hostile environments Imma feel right at home..”

Oh snap. The “She-hawks.” See what he did there?

Seattle LB K.J. Wright, who played with Dixon at Mississippi State, wasn’t going to let that stand. In a tweet Wednesday that was also later deleted, he said:

“@Boob24Dixon lol the She Hawks!! I’ll be sure to relay the message to the fellas. It’s gonna be a long night for you and the forty whiners.”

Okay, so neither Wright or Dixon did an especially impressive job of manipulating the opposing team’s name into a jab. But still, it’s the effort that counts.

Is it Sunday night yet?