The Seahawks (2-0) are favored to beat Jacksonville by 19 1.2 points, one of the largest spreads in NFL history. Seattle leads the all-time series with the Jaguars 4-2. 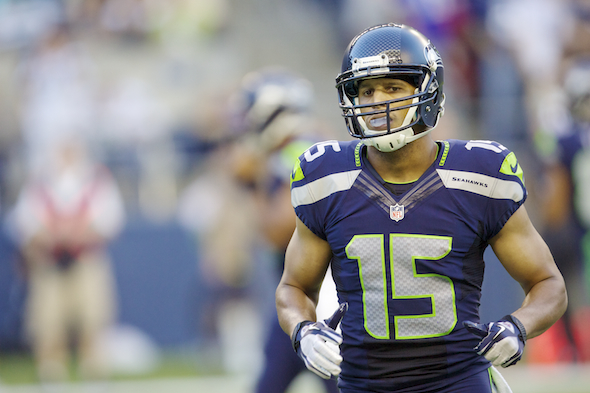 The 1992 Seahawks, coached by Tom Flores and ineptly quarterbacked by Stan Gelbaugh, Kelly Stouffer and Dan McGwire, owned the worst offense in NFL history: The Hawks that year scored 140 points in 16 games, an average of 8.75 points per miserable outing. Two games into the 2013 season, the Jacksonville Jaguars are on a 5.5 per-game clip.

As a result, the Jaguars, mentored by former Seahawks defensive coordinator Gus Bradley, have been installed as a 19½-point underdog for the CenturyLink meeting with Seattle, which is coming off a nationally televised beatdown of the San Francisco 49ers and seeking to start a season 3-0 for the first time since 2006.

“Those guys are playing really well — really well,” Bradley said. “Dan Quinn and the whole defensive staff has really got them flying around and they’re impressive to watch. I’m happy for them that they are playing at a high level, and offensively too. You know the guys, Marshawn (Lynch) and Russell (Wilson). You see that it’s really coming together for them and I’m sure it’s exciting.

“As for us, we’re trying to build something special, and I have had a unique opportunity with my staff to really revamp our culture.”

The Jaguars are 0-2, coming off a 2-14 record last year, have made the playoffs only twice since 1999, and haven’t had a winning season since 2007. They are ranked 32nd and last in virtually every power poll out there, thus the point spread, one of the largest in NFL history, and the largest in Seahawks history. The largest in NFL annals:

Just because the Seahawks are huge favorites doesn’t ensure an easy cover, evidenced by the fact the favorites listed above covered just twice. Still, it would be difficult to convince most rabid Seattle fans that the Seahawks won’t prevail by at least three touchdowns Sunday.

Things are so bleak for the Jags that WKMG-TV, the CBS affiliate in Orlando that televises Jacksonville road games, released a statement in a scroll on the bottom of the screen during a game between the Dolphins and Colts that said: “In accordance with NFL policy, WKMG must carry all Jacksonville Jaguars away games. We apologize for any inconvenience. An explanation of the NFL broadcast policies can be found on ClickOrlando.com.”

In terms of explaining the Jaguars, running back Maurice Jones-Drew, a former UCLA star who scorched Washington for 322 yards during a 2004 game at Husky Stadium, cites youth and inexperience.

“We have a lot of young guys playing some pivotal positions for us,” Drew said. “I think our first game there was a ton of guys who had their first NFL experience, from the coaching side as well as the players side. So there was a lot of anxiety with that, just getting to know each other.

“We’re starting to get things going and we’re playing much better than we did in Week 1 and Week 2. We want to improve again in Week 3. We know we have a tough task with the way Seattle has been playing. Those guys fly to the ball, they do a great job, and obviously their defense is the high point right now.

“I know a lot of guys on their offense as well, a lot of their coaches, so it’s going to be an exciting game. Obviously it’s a big deal because Gus (Bradley) is coming back, but as long as we get better this week and we play better this week we’ll be okay.”

Jones, who has rushed for 72 yards, has been nursing an ankle sprain and is listed as questionable for Sunday. Quarterback Blaine Gabbert (dislocated right hand) is doubtful, so it looks like Chad Henne will draw the start against Seattle’s ravenous defense.

The Seahawks have their own injury issues, notably tackle Russell Okung, placed on injured reserve (with a designation to return) Thursday with a torn ligament in his left big toe. He’s eligible to return in eight weeks.

“We’re fortunate that Paul (McQuistan) has so much experience and that he can jump in there,” said Seahawks head coach Pete Carroll. “The first thing that you worry about is communication and the continuity. He will do a great job with that. He’s played all of the spots in the past. This also sends a really strong message to (rookie reserve tackles) Alvin Bailey and to Michael Bowie that they got to get right. They are one step away from playing.”

“He’s in as good of shape as anybody we have on the football team right now,” Carroll said of Clemons. “He’s ready to carry a big load.”

SERIES: Dates to Nov. 12, 1995, when the Seahawks won 47-30 at Jacksonville Municipal Stadium. Joey Galloway starred, scoring on passes of 38 and 23 yards from Rick Mirer and on an 86-yard rush. Ex-Husky Mark Brunell tossed for 121 yards and a TD for the Jags. The teams last met Oct. 11, 2009, Seattle winning 41-0. Matt Hasselbeck threw four touchdowns, including a pair to T.J. Houshmandzadeh.

SEAHAWKS HEAD COACH: Pete Carroll (60-54 career, 27-23 Seattle) is in his fourth season. In 2010, he directed Seattle to the NFC West title, the Seahawks becoming the first team in NFL history to win a division with a losing (7-9) record. Prior to joining the Seahawks, Carroll served as head coach at Southern California, where his Trojans won seven Pac-10 titles.

JAGUARS NOTES: Jaguars are 0-2, having lost to Kansas City 28-2 and Oakland 19-9 . . . RB Maurice Jones-Drew is Jacksonville’s leading rusher with 72 yards (0 touchdowns) and Cecil Shorts is the club’s leading receiver with 11 catches for 133 yards . . . Former Seahawk Justin Forsett has played in both games and has one carry for seven yards . . . Jacksonville is coached by Gus Bradley, who served as Seattle’s defensive coordinator from 2009-12.