To hear Washington QB Keith Price tell it, last year’s Arizona game in Tucson, a 52-17 win by the Wildcats, was a nightmare, complete with ghosts. 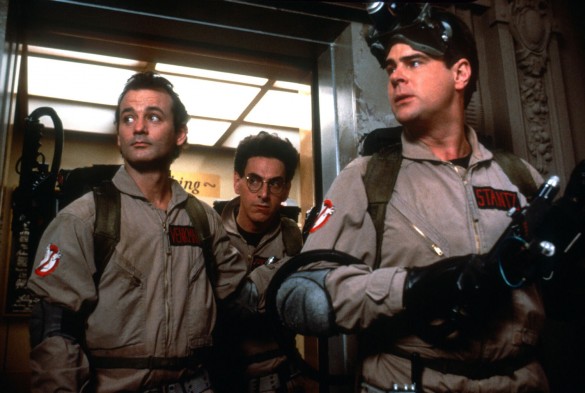 Wow. Huskies fans’ knew Price had problems last season. But no one knew his biggest foe was Mr. Stay-Puft.

Much like gthe Dan Aykroyd character in “Ghostbusters,” a little imagination can be a dangerous thing. Price spent much of the 2012 season not believing what he was seeing or hearing from teammates or coaches. A nearly total absence of trust rendered him a mistake-prone, sub-ordinary quarterback who was a shadow of his stellar sophomore self.

Coupled with a defense on that Oct. 20 night in Tucson that reverted to its ways under previous coordinator Nick Holt, the Huskies had probably their worst game of the season. The 52 points were the most the Wildcats ever put up against the Huskies.

Price, who developed the yips after a season-long failure to be properly protected, was 28 for 52 but was all over the yard against a defense that had been giving up 33 points a contest. The Wildcats had six sacks for the season entering the game, yet pulled down Price four times.

“He’s throwing too cautious,” Sarkisian said after the game. “He doesn’t need to play that way. He needs to play the way he’s capable. When it’s not there, have the courage to throw the ball away.”

The game was so bad on offense and defense — special teams too — that it marked a profound change in Sarkisian’s thinking. Arizona ran the uptempo style and scored exactly the same number of points on the Huskies as the Oregon Ducks did two weeks earlier. Hmmm . . . if you can’t beat ’em, steal from ’em.

“I felt like Arizona’s tempo got us,’’ Sarkisian said Monday. “This is part of the reason we’re doing what we’re doing offensively, is to prepare for this game, so that when teams go to this up-tempo style against us, we don’t become uncomfortable on defense. We remain comfortable.”

In the off-season, Sarkisian made the decision that the Huskies had to join the circus. On offense, going no-huddle not only helps the Huskies get their playmakers one-on-one with defenders, it removes the time used by Price to over-analyze and over-compensate for the perceived weaknesses in teammates and game plan.

Rather than being selfish, it’s exactly what Sarkisian wants from Price, who tends to think his way into trouble, with the Arizona outcome  — the third conference loss in a row — decisive in forcing change.

“We thought we had a really good plan,” Sarkisian said. “They got going and we really couldn’t stop them. It felt like the field was slanted. It was 31-17 at halftime. We came out, turned the ball over to start the second half, and bang, they scored again — and again and again.

“That’s what happens in this style of offense. This is part of the reason we went to this style. Obviously, these guys, and how fast Oregon goes, you have to be comfortable in that environment or it can get going that way.”

Quarterback Matt Scott, who threw for 256 yards (14 of 22) and four touchdowns against UW, graduated, but running back Ka’Deem Carey is still around. He led the nation in rushing last year partly by getting 172 yards in 29 carries against Washington.

Sarkisian tried to make the Wildcats, 3-0 like the Huskies, sound formidable, but their schedule was richer in cupcakes than Washington’s — they beat FCS Northern Arizona, Nevada-Las Vegas and Texas-San Antonio by a combined 131-26.

So both teams are relatively untested prior to their first conference game. What the Huskies have proven so far is that the new offense is a near-perfect fit for Price’s skills.

“A couple of months ago, people were asking questions about whether I was going to keep my job,” Price said. “Now, I’m back to the old Keith Price.”

Which to this point adds up to 67 completions in 87 attempts (77 percent), 879 yards and seven touchdowns with a single interception.

“This time a year ago I was scratching my head,” he said. “Now I’m stress-free.”

Sounds impressive. But only until he busts his Arizona ghosts will it seem real.