New annoying tactic from former Mariners shortstop Alex Rodriguez: Separate from his PED appeal, he’s suing MLB for buying the evidence against him, and other unsavory deeds. 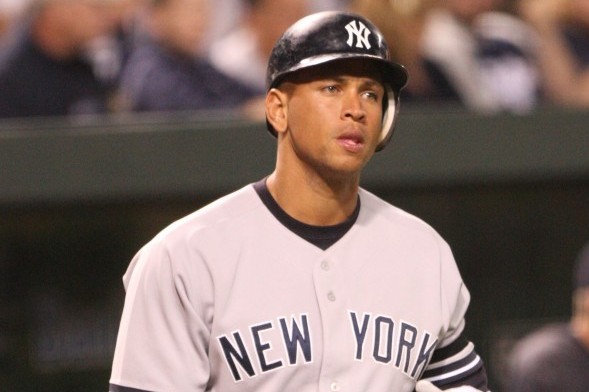 Hand it to Alex Rodriguez: he isn’t going down quietly. Issued a 211-game suspension midseason by Major League Baseball for his involvement with Biogenesis, a Miami-based anti-aging clinic that issued performance enhancing drugs to 13 players, Rodriguez immediately appealed so he could finish the season playing for the Yankees.

Now he’s suing MLB, claiming it practiced “tortious interference” while investigating the disgraced slugger. The details of the alleged accusations are TMZ-worthy.

As first reported in The New York Times, Rodriguez is taking aim at the investigation that could ultimately end his career. In the lawsuit, he alleges that MLB paid $150,000 in cash for stolen documents at a spy-movie-style handoff in a Fort Lauderdale, FL., restaurant. It gets more scandalous: Rodriguez’s team is accusing MLB investigator Dan Mullin of partaking in a sexual relationship with one of the witnesses used to condemn Rodriguez to the longest suspension in league history.

The lawsuit, filed Thursday in a New York State Supreme Court, can be found here. Rodriguez’s legal team is claiming that MLB paid Bosch upwards of $5 million for cooperation in what they’re calling a “witch hunt” focused on ostracizing the third baseman. Rodriguez names Bud Selig as a defendant, claiming that the outgoing commissioner tried to use Rodriguez as a scapegoat after years of failing to enforce a policy aimed at banning players from using performance enhancing drugs.

In a statement Friday, the MLB denied all the allegations.

Rodriguez, who remains reviled in Seattle, played for the Mariners from  1994-2000, posting a .309 batting average and a .934 OPS before spending three seasons in Texas (01-03). He signed with the Yankees in 2004, though his last 10 seasons have been filled with tumult and huge sums of money. Rodriguez still has four years remaining on his 10-year, $275 million contract. At 38, his 654 home runs and .299 career batting average would be sure-fire Hall of Fame credentials had he not been involved throughout his career with performance-enhancing substances.

According to Baseball Reference, Rodriguez has amassed $353,416,252 in salary during the course of his 20-year career, though no amount could restore his reputation.