UW quarterback Keith Price couldn’t lift the Huskies to a consecutive season-defining win against the Stanford Cardinal — not even with another solid game from Bishop Sankey. 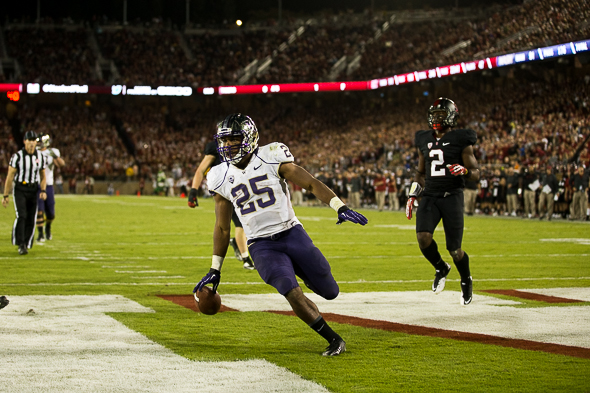 UW running back Bishop Sankey made sure he didn’t disappoint his grandfather, who was in the stands weeks after undergoing a cornea transplant to restore his vision. / Drew McKenzie

It had most everything an instant college football classic needed: Two nationally ranked, unbeaten teams on national TV, a controversial game-ending call, an unreal performance from at least one player and a thrilling fourth-quarter comeback. The Huskies were irked after their 31-28 loss to Stanford Saturday, for which they had every right. Numerous were the single plays that could have flipped the outcome.

Sportspress Northwest photographer Drew McKenzie was in Palo Alto for the spectacle.

Freed by a textbook block from Kasen Williams, Jaydon Mickens caught a screen pass and rumbled in from a yard out to cut Stanford’s lead to 31-28 with 2:38 left in the game. 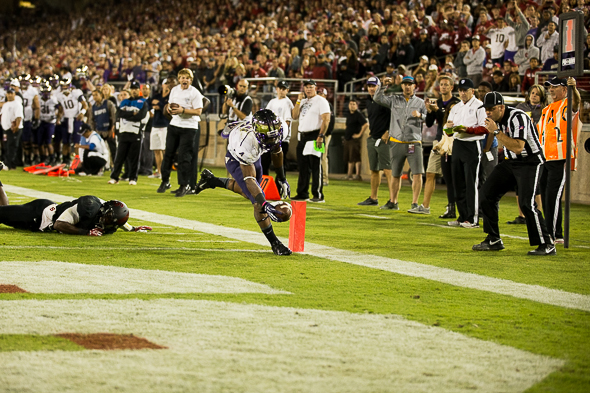 Stanford’s Kevin Hogan has never lost a game as a starting quarterback (11-0), though that  looked in doubt when he ran a naked bootleg on third-and-one with a chance late to ice the win. Hogan tried the right corner but was dragged down near the line of scrimmage, forcing the Cardinal to punt. 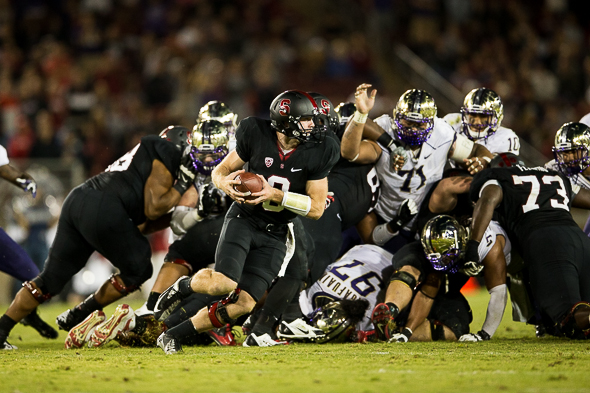 Hogan finished 12 of 20 passing for 100 yards, a touchdown and a pick a week after he lit aflame the Washington State secondary. / Drew McKenzie

Wide receiver Kasen Williams showed why he was such a coveted recruit against the Cardinal. The six-foot-two, 215-pound junior nabbed five catches for 89 yards, providing Keith Price a reliable target as the Huskies almost overcame a 31-21 fourth-quarter deficit. 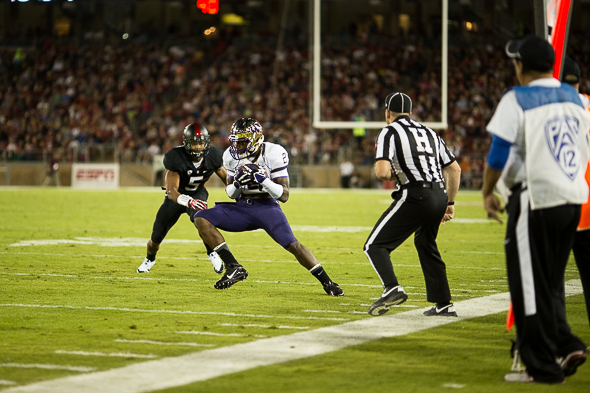 In 2013, the junior out of Skyline High School (Sammamish) has 21 catches, 344 yards and a touchdown. / Drew McKenzie

If the Huskies pulled the upset, moving to 5-0 instead of 4-1 (1-1 Pac-12), UW quarterback Keith Price would have entered the Heisman Trophy conversation. As it was, he finished 33 of 48 for 350 yards, two touchdowns and an interception. Nobody looked more dejected on the sideline after the loss. 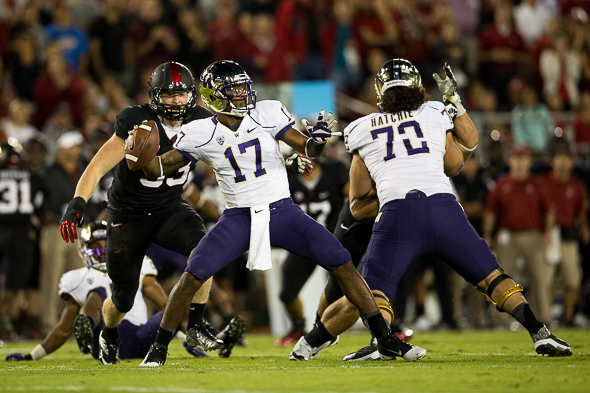 Remember when fans were demanding Price benched in 2012? His passing numbers this season: 1,394 yards, 11 TD’s and three picks. / Drew McKenzie