The Seahawks (4-1), coming off their first loss of the season after giving up big passing plays at Indianapolis, are looking to start a season 5-1 for the first time since 2003. 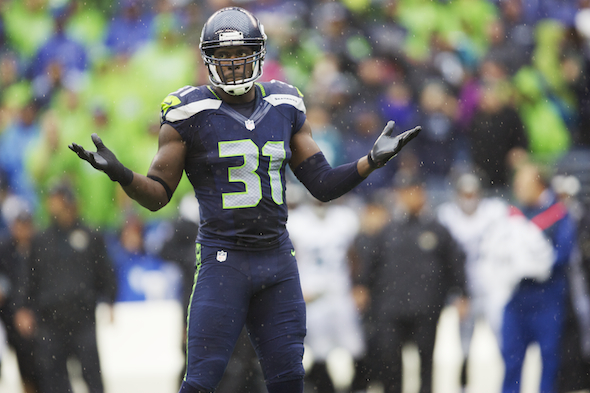 After allowing 10 points in their first two games (Carolina, San Francisco), the Seahawks have surrendered 17, 20 and 34 in their past three and shown a vulnerability, especially against the pass, uncharacteristic of a secondary that bills itself “The Legion of Boom.” Last week against Indianapolis, T.Y. Hilton and Reggie Wayne embarrassed Seattle’s DBs, especially on a pair of Andrew Luck TDs to Hilton, who first beat Richard Sherman and then Brandon Browner.

“It’s really important that we turn that around,” said Seahawks coach Pete Carroll. “I don’t want to get good at (recovering from losses). No team plays well when you give up big plays. We have really come to expect that we’re going to make the right choices so that doesn’t happen.

“It’s not characteristic of us at all, and I don’t think that it’s going to continue. So it might have been a little wake-up shock. We have to stay with the basics of everything to make sure that we make our fundamental plays. I’m curious to see how we do.”

Sherman doesn’t believe that the big passing plays the Seahawks surrendered last week are a cause for concern.

“We just have to correct the mistakes,” he said. “We went over the couple of plays that we needed to fix and we move right on. It’s no different than after a win, you correct the mistakes and move on to the next game. It was just some miscommunication on a couple of plays. That was what it came down to at the end. We miscommunicated and had a couple of busts. It wasn’t anything in particular, it was just a  bad communication day.”

Due to a hip injury suffered by former Huskies quarterback Jake Locker, the secondary will draw Tennessee’s backup, Ryan Fitzpatrick, Sunday. Fitzpatrick, in his first year with the Titans after spending 2009-12 with Buffalo, has two TD passes, two interceptions and a 69.7 passer rating.

The Seahawks, looking to rebound from their first regular-season defeat in 10 games, will also be looking to start 5-1 for the second time (also 2003) and extend their CenturyLink Field winning streak to 11 games. In the last six of those 11, the Seahawks have outscored their opponents 222-53.

Tennessee (3-2) snapped a five-game losing streak to the Seahawks with a 17-13 road win in the teams’ last meeting (Jan. 3, 2010), but has dropped three straight road contests against NFC opponents since. The Titans were outscored 85-14 at Minnesota and Green Bay in their two games last season.

Tennessee will also be looking to bounce back from a loss, 26-17 to undefeated Kansas City.

“We know going to Seattle, how hard it is,” head coach Mike Munchak said. “We have to go reload, and we will, and play better.”

The Seahawks are inching closer to full health and will probably have Pro Bowl center Max Unger back for Tennessee.

“It’s really good to have him back,” Carroll said. “Lemuel Jeanpierre has done a fine job for us filling in, but Unger is really the guy that has the greatest command of what we’re doing up front. He’ll help other guys play well and make the right decisions. It will make a difference in our pass protection. Max Unger coming back is a big deal for us.”

SERIES: Dates to Nov. 20, 1977 when the Houston Oilers defeated the Seahawks 22-10 in the Kingdome in a game in which Seattle’s points came on a two-yard run by Sherman Smith and John Leypoldt’s 51-yard field goal. Seahawks have won five of the past six, but the Titans won the last meeting 17-13 Jan. 3, 2010 in Seattle. Chris Johnson scored twice for Tennessee in that game. Seattle’s only TD came on a six-yard pass from Matt Hasselbeck to TE John Carlson.

SEAHAWKS HEAD COACH: Pete Carroll (62-55 career, 29-24 Seattle) is in his fourth season. In 2010, he directed Seattle to the NFC West title, the Seahawks becoming the first team in NFL history to win a division with a losing (7-9) record. Prior to joining the Seahawks, Carroll served as head coach at Southern California, where his Trojans won seven Pac-10 titles.

TITANS QUARTERBACKS: Ryan Fitzpatrick has completed 24 of 49 passes for 355 yards and two touchdowns in two games, including one start (last week against the Chiefs). Fitzpatrick is a Harvard graduate who was selected in the seventh round of the 2005 NFL draft by the St. Louis Rams.