Huskies were helpless Saturday against Arizona State’s formidable pass rush, and the offense suffered. Banged-up QB Keith Price was forced out by injuries late in the game. 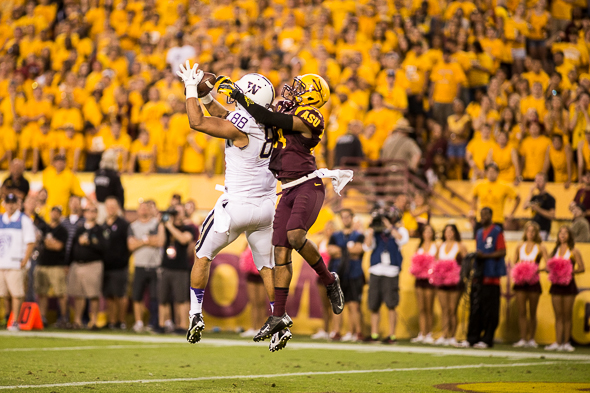 UW tight end Austin Seferian-Jenkins was mostly a non-factor against the Sun Devils, aside from this pass for a 20 yard touchdown. / Drew McKenzie

The Huskies earlier in the season cradled the hope that they were ready to challenge for a Pac-12 Championship. They thought they had the talent, depth and scheme to shoot past the seven-win plateau of the previous three seasons. Saturday’s blowout 53-24 loss to Arizona State in Tempe under ideal conditions — temperatures were in the mid 80’s at kick-off — provided evidence to the contrary.

Quarterback Keith Price is a potent combination of talent and toughness. But he can’t play hurt.  Price accounted for 217 passing yards, two touchdowns and no interceptions on 16 of 39 while being sacked six times.

After seeing Price aggravate his thumb injury, Sarkisian pulled him in the fourth quarter for freshman quarterback Cyler Miles, then afterward was vague about Price’s ability to start at home Saturday against Cal (1-6), which lost 49-17 Saturday night to Oregon State. 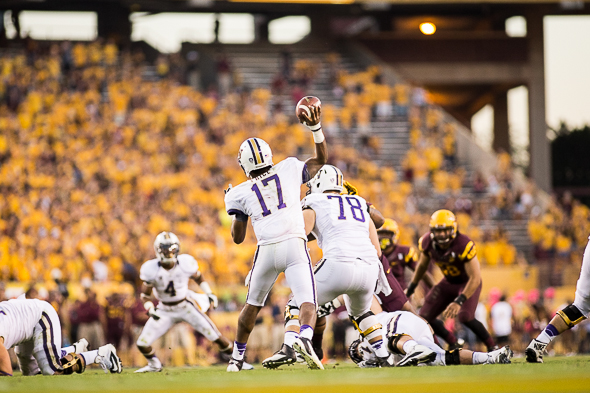 Senior Price completcd 64.5 percent of his throws. He also has an impressive 14-4 touchdown to interception ratio. / Drew McKenzie

The UW offense was basically a no-show against a Sun Devils front led by Will Sutton. It was tough finding a player who didn’t struggle. The Huskies had 212 yards of total offense and converted 4-of-17 on third down. Tight end Joshua Perkins managed this catch for 23 yards. 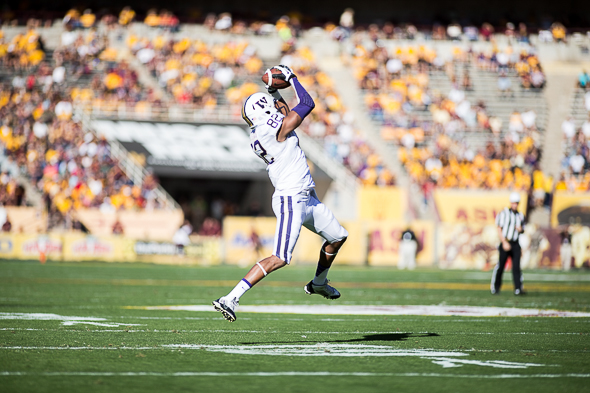 AS-J’s potential successor isn’t yet a major part of the UW offense. In 2013, he has four catches for 152 yards and two touchdowns. / Drew McKenzie

Junior wide receiver Kasen Williams contributed a little, though he didn’t fulfill his reputation as a deep threat, catching four passes for 26 yards. 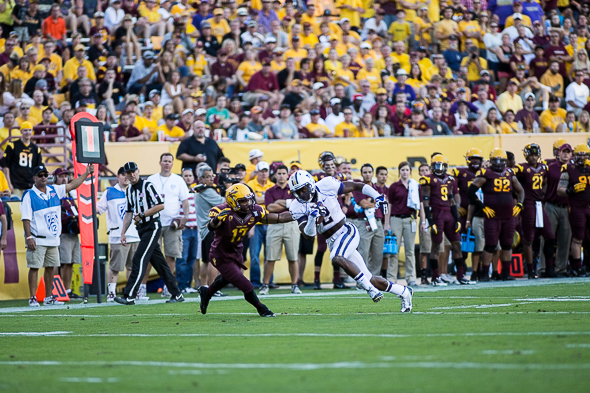 The Skyline High School (Sammamish) graduate has 28 catches for 400 yards and a touchdown in 2013. / Drew McKenzie

This one sums up the afternoon. 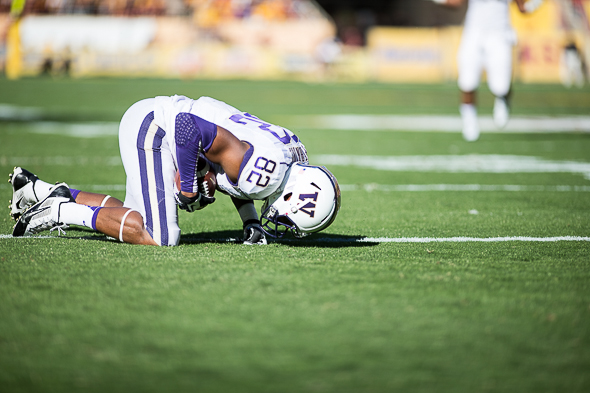 Perkins would have scored on this reception had Price not slightly overthrown him, causing a stumble before the goal line. / Drew McKenzie