The University of Washington will hold a public memorial at 3 p.m. Sunday at Hec Ed for former coach Don James, who died Sunday. Events will also honor him Saturday at the Cal game. 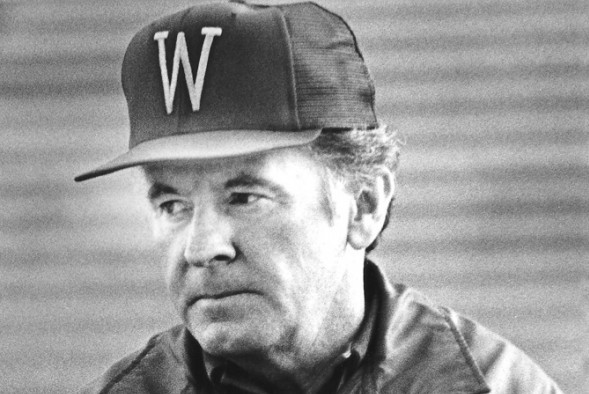 The University of Washington has disclosed a list of remembrances for Don James, who will be honored Saturday night during the game with California. / David Eskenazi Collection

The University of Washington will host a public memorial for former head football coach Don James, who passed away Sunday from the effects of pancreatic cancer, at 3 p.m. Sunday at Alaska Airlines Arena. The memorial is open to the public. UW also announced a list of remembrances for James during the game California at 8 p.m. Saturday.

“It wasn’t until I arrived at the University of Washington that I truly understood the profound impact Coach James had on all facets of this university and on our athletic department. He set a standard for excellence that all of our coaches and staff strive for each day, and that legacy will live on forever. It was an honor to spend time with Coach James and I will treasure his words and advice. Our thoughts and prayers are with Carol and the James family and we — along with Huskies everywhere — will be here for them always.”