After consecutive weeks of near upsets, the Seahawks are 8-1 in spite of an offense that has spasms of ineptitude while QB Russell Wilson continues to take a beating. 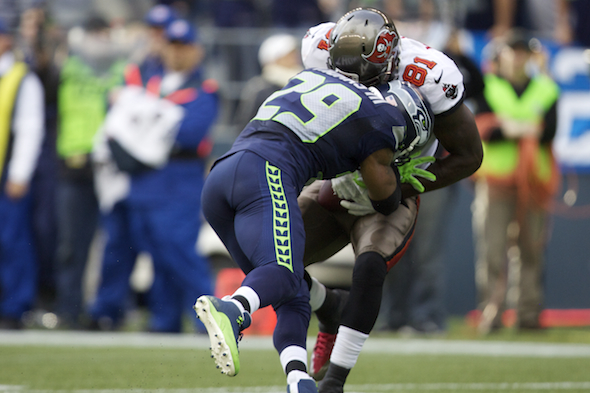 Safety Earl Thomas was sick for most of the week and played like it in the first half, committing a personal foul and pass interference. / Drew Sellers

It is becoming hard to imagine what the 8-1 Seahawks could do if they actually played well for an entire game. In Sunday’s 27-24 overtime win against the 0-8 Buccaneers, Seattle was terrible in the first half, nearly perfect in the second half and efficient in overtime, forcing a three-and out before driving down for a game-winning, 27-yard Steven Hauschka field goal.

The biggest comeback in franchise history seemed unlikely in the first half. Even the cantankerous CenturyLink Field crowd dropped a few decibels in the second quarter when Seattle fell behind 21-0, and early in the third when they stared at a 24-7 deficit.

Great teams are said to be able to find ways to win when they aren’t at their best. Without tackles Russell Okung and Breno Giacomini and receiver Percy Harvin for most of the season, the Seahawks have been anything but great. The trio is slated to return from injuries soon. But now center Max Unger may be out with a concussion.

In the meantime will Seattle be able to hold off San Francisco (6-2) before their Dec. 8 showdown? That question will be answered by those featured in the weekly Sportspress Northwest photo gallery. 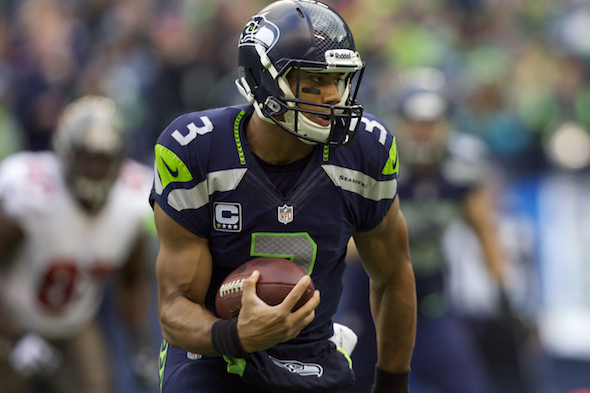 Can someone please ask offensive coordinator Darrell Bevell why he doesn’t give running back Marshawn Lynch more carries? Lynch rushed 21 times for 125 yards Sunday, though he didn’t score a touchdown because he was rarely used when Seattle entered the red zone. 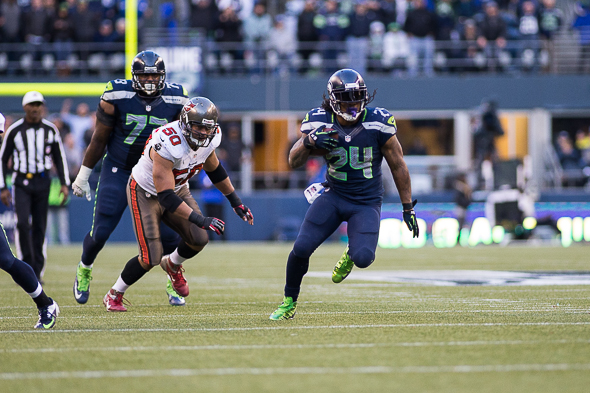 What is going on with the Seahawks’ defensive line? After dominating most offensive fronts through the first seven weeks, it looked vulnerable in close wins against St. Louis and Tampa Bay. The effort against the Buccaneers was particularly confounding. Yielded were 208 rushing yards. And rookie quarterback Mike Glennon completed 17 of 23 with two touchdowns and no interceptions.

They sacked Glennon three times (-25 yards), most notably on the third play of overtime. 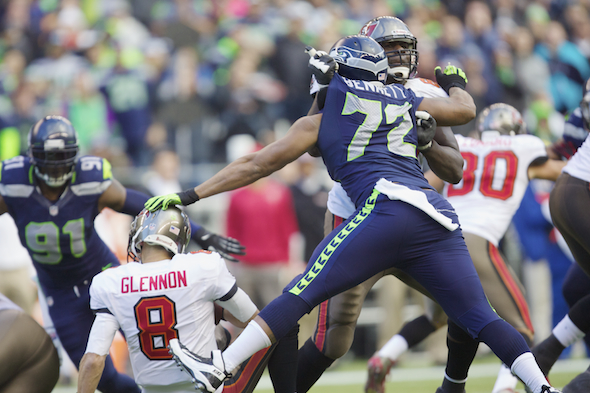 DE/DT Michael Bennett had three tackles, including one sack, Sunday against the Bucs. / Drew Sellers

After barely knocking off arguably the worst team in the NFL, led, inarguably, by the worst coach in the NFL, Greg Schiano, a low five between friends seems the appropriate manner to celebrate a touchdown. 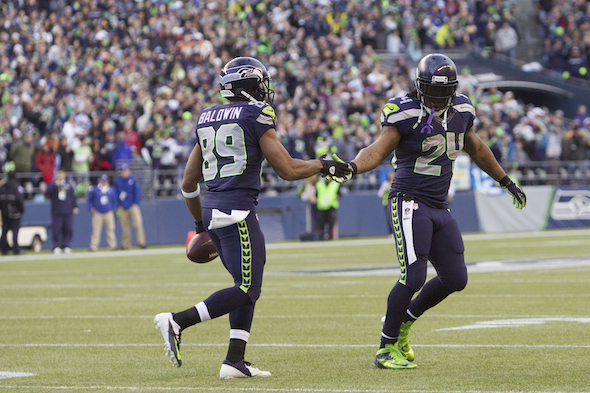 After two catches the previous two weeks, WR Doug Baldwin had six  for 75 yards and a score. / Drew Sellers

Baldwin had no trouble finding separation against Tampa Bay’s zone defense Sunday. His 10-yard touchdown with a shade under two minutes remaining in the fourth quarter tied the game at 24.

The Seahawks next week revisit the site of last season’s 30-28 playoff loss to the Atlanta Falcons (2-6). The Georgia Dome awaits.