The Seahawks uneven, 27-24 overtime win Sunday against the Buccaneers had a lot of of writers unsure of what to make of an 8-1 team. 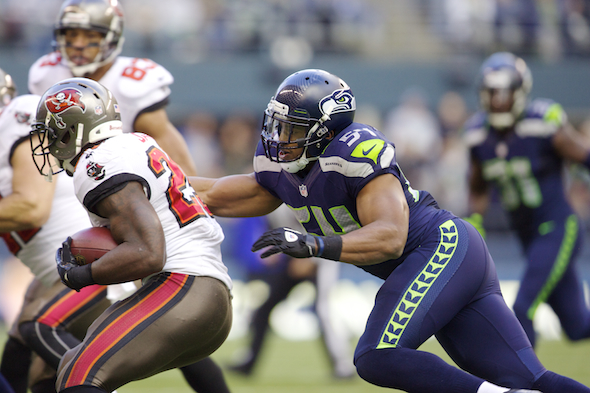 Fresh off back-to-back, close wins against inferior opponents, the 8-1 Seahawks Sunday garnered praise from most national writers for pulling off the biggest comeback win in franchise history, though weaknesses didn’t exactly go undetected.

On to the afternoon links…

Doug Farrar of Sports Illustrated had his game story here, noting that since the Seahawks and Buccaneers entered the NFL as expansion teams in 1976, neither had ever played a game where the narrative changed so sharply after halftime.

Seahawks.com named Wilson, who finished 19 of 26 for 217 passing yards, two touchdowns and two interceptions, its player of the game.

USA Today thinks that the Seahawks are good but feature significant holes, especially on the defensive line. Also, here’s its game story.

Danny O’Neil, host of ESPN Radio’s Brock and Danny, said Sunday’s win reflected a “season of paradoxes.” He also pointed out a bevy of alarming trends.

On a lighter note, Dwight Schrute, better known as actor Rainn Wilson, was at the game sporting a beard that would make Grizzly Adams proud.