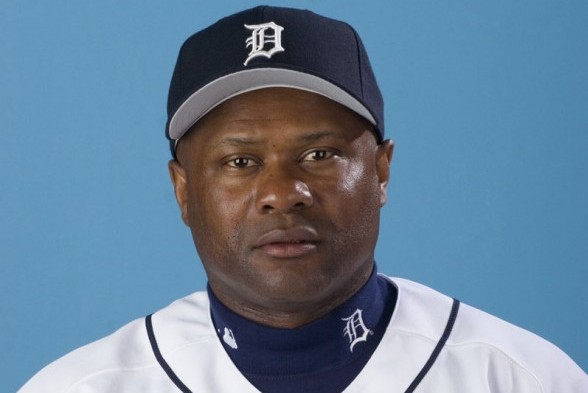 Passing on the chance for someone fresh to the job of managing an MLB club — nine managers are first-timers — the Mariners Wednesday went for the one experienced guy among the five finalists, 54-year-old Lloyd McClendon, whose experience managing in Pittsburgh is fitting for the task he Seattle. He was 336-446 (.430).

McClendon, who had an eight-year major league playing career among 15 professional seasons, becomes Seattle’s seventh manager in the past six years. He also had previous “experience” with the Mariners as a losing finalist to Wedge when Wedge was hired to replace Don Wakamatsu in 2010.

McClendon is the second re-tread manager hired by the Mariners and the third man to manage the club during the Jack Zduriencik regime.

“Lloyd is a bright and articulate guy,” Zduriencik said. “He has major league managerial experience and has served in a vital capacity in Detroit under one of the game’s best managers. He is a tireless worker and is very respected by the players with whom he has worked. We look forward to Lloyd embracing our players as we move the Mariners forward.”

McClendon led the then-inept Pirates from 2001-05, after which Pittsburgh jettisoned him. When Jim Leyland, recently retired, became the manager of the Detroit Tigers, he brought McClendon aboard as his bullpen coach, ultimately promoting him to hitting coach in 2007.

Since then, the Tigers made the ALCS three consecutive years while featuring one of the most productive offenses in baseball, something Seattle has sorely lacked for the past 10 years. A Detroit hitter has won an American League batting title in four of McClendon’s seven seasons with the team, and two years ago Miguel Cabrera won the Triple Crown. Cabrera missed that feat in 2013, largely because of late-season injuries.

“He’s been with us for a long time and he interviewed well,” said Detroit GM Dave Drombowski. “He not only interviewed very well, I like him personally. We just wanted to go in a different direction and thought Ausmus was an exceptional choice.”

Following his playing career, McClendon began in 1996 his coaching odyssey as the Pirates roving minor league hitting instructor. He spent the next four seasons (1997-2000) as the club’s major league hitting coach. He managed Lancaster in the California Fall League following the 1999 season, leading the club to the league’s championship, and served as the manager for Peoria in the Arizona Fall League following the 2000 season until he resigned from that post to take the Pirates job.

At the time of his hiring, he was the first African-American manager or head coach of Pittsburgh’s three major sports teams, preceding the Steelers’ hiring of Mike Tomlin by six years.

McClendon participated in the 1971 Little League World Series and earned the nickname “Legendary Lloyd” after hitting five home runs in five swings and drawing five intentional walks for his Gary team. As a pitcher in that same series, he fanned 12 batters in eight innings of the championship game against Taiwan.

He was enshrined in the Peter J. McGovern Little League Museum’s Hall of Excellence in Williamsport, PA in 2006.

McClendon has a reputation for challenging umpires and famously uprooted first base during a 2001 meltdown when he managed the Pirates.