The Dolphins have to reinstate Richie Incognito by Dec. 2, or release him. If he becomes available, the Seahawks could have a shot at him. Should they take it? Vote here. 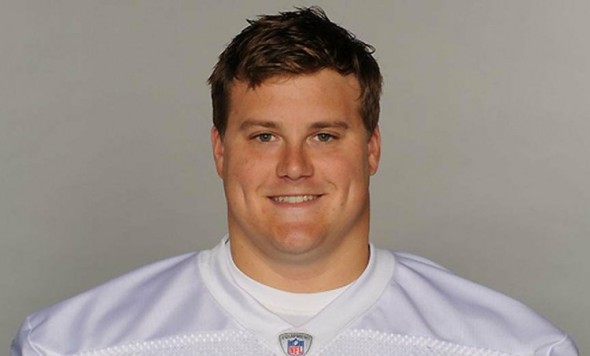 Richie Incognito has been suspended “indefinitely” by the Miami Dolphins, but that suspension can really only last four games. The Dolphins will have to make a decision on Incognito’s future by Dec. 2. / NFL

While Richie Incognito’s suspension for conduct detrimental to the Miami Dolphins has been characterized as “indefinite,” under the labor agreement between the NFL and players’ union, it can last only through Week 13, or a maximum of four games. After that, the Dolphins will need to decide whether to keep the bully guard, or cut him.

Miami has limited options. The Dolphins can reinstate him to their active roster, or cut him – or suspend him again if he does/says anything else that further inflames the case involving Jonathan Martin, the beleaguered teammate in this story,who left the team.

Their absences contributed to a grim Monday Night Football appearance for the Dolphins (4-5), who rushed for two yards in a 22-19 loss to Tampa Bay — the Bucs’ first win of the season.

The Dolphins may decide Incognito would be too much of a public relations liability to bring back to their locker room, even if Dolphins players have rallied to his defense. If so, that sets up the possibility that Incognito could find a home down the stretch with a playoff contender.

Would another team be willing to risk the toxicity that would accompany signing Incognito? Answer: Absolutely. But it would probably have to be a Super Bowl contender that needs help on its offensive line, and one candidate comes immediately to mind: The Seahawks.

In Peter King’s most recent “Monday Morning Quarterback” at SI.com, he speculates on the teams that he can see “withstanding the distraction” that signing Incognito would bring. King mentions Seattle, along with New Orleans, Denver and Detroit. King wrote that a team signing Incognito would have to have “executives and a head coach with thick skins and a locker room that could see past the current controversy.”

Seattle is about to welcome back starting tackles Russell Okung and Breno Giacomini, with C Max Unger (concussion), a Pro Bowler, probably not far behind. After Seattle’s bye week (Nov. 24), the Seahawks should be at maximum strength on their offensive line. But even at maximum strength, the offensive line is the weakest unit and perhaps the biggest impediment the Seahawks face as they attempt a deep run into the postseason.

For Seattle, the window of Super Bowl opportunity is now, and adding Incognito, an All-Pro guard, certainly couldn’t hurt. Or could it? While he would clearly represent a talent upgrade, he could be more of a disruption than he’s worth.