First-time nominee Walter Jones and ex-coach Don Coryell have reached the semifinal round of Pro Football Hall of Fame voting. The semifinal list will be pared to 15 Jan. 8. 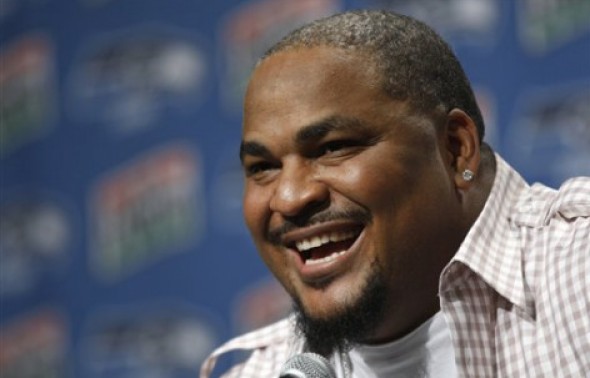 Walter Jones, a nine-time Pro Bowl tackle for the Seahawks, and Don Coryell, a Seattle native who won more than 100 games at the collegiate and professional levels, are among 25 semifinalists for induction into the Pro Football Hall of Fame in Canton, OH. The Pro Football Hall of Fame Selection Committee chose the semifinalists from a previously announced list of 125 nominees.

Jones, eligible for the first time, starred for the Seahawks from 1997-08, playing in 180 games. In addition to his nine Pro Bowl selections, he made first-team All-Pro six times. Jones was Seattle’s first-round pick in the 1997 NFL draft, selected sixth overall.

Coryell, a Lincoln (Seattle) High graduate and a former University of Washington letterman, served as head coach at San Diego State before embarking on an NFL career. He coached the St. Louis Cardinals from 1973-77 and the San Diego Chargers from 1978-86. Under his direction, the Chargers led the NFL in passing seven out of eight seasons.

Hall of Famers With Washington Connections

Ten individuals with ties to the state have been enshrined in the Pro Football Hall of Fame. Mel Hein, who starred at Washington State, was a member of the inaugural Canton class in 1963.