Starting CB Brandon Browner is out for at least a month, and now his replacement, Walter Thurmond, faces a four-game suspension for non-PED (street) drug use. 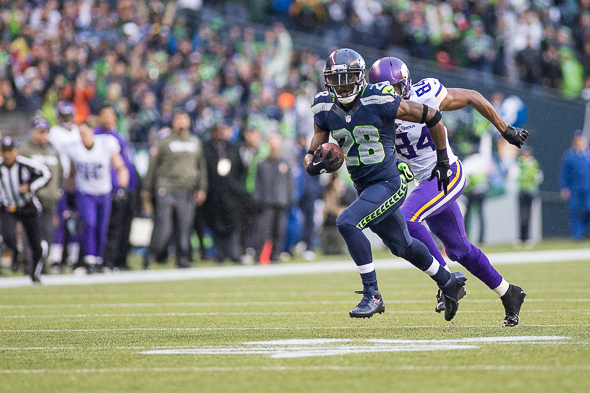 According to multiple reports, including this one by ESPN, Seahawks cornerback Walter Thurmond is facing a four-game suspension for violating the NFL’s policy and program for non-PED substances. A league source confirmed the story to ESPN’s Adam Schefter, who reported that Thurmond is expected to begin serving his suspension this week.

This will be a major blow to Seattle’s secondary, already missing starting cornerback Brandon Browner, who is expected to miss at least a month with a groin injury. Thurmond started in place of Browner last week against the Minnesota Vikings, returning an interception 29 yards for a touchdown in Seattle’s 41-20 victory.

The Seahawks, 10-1, have the best record in the NFL and rank second in the league in fewest passing yards allowed.

Seattle has a bye Sunday and will return to action Dec. 2 at CenturyLink Field in a Monday Night game against the 9-2 New Orleans Saints.