Mariners near deal with… Willie Bloomquist

Multiple outlets reported Monday the Mariners plan to sign 36-year-old Willie Bloomquist (.271/.320/.346 career) as a backup infielder that adds speed to the lineup. 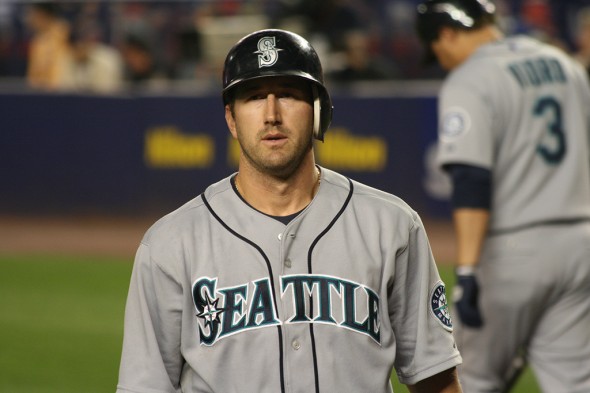 WIllie Bloomquist has played every position other than pitcher and catcher during his 12-year career. / WikiCommons

Willie Bloomquist is returning to Seattle.

#mariners are close to a deal with willie bloomquist

Told the Willie Bloomquist deal with the Mariners is expected to be for two years and between $5 million and $6 million total.

Selected by Seattle in the third round of the 1999 draft, Bloomquist earned a reputation as a hard-nosed, weak-hitting, defensively-gifted, part-timer with the Mariners from 2002-08 before spending most of two seasons in Kansas City (2009-10). He had an 11-game stint with the Reds in September of 2010, then a three-year stay with the Diamondbacks (2011-13) prior to becoming an unrestricted free agent.

A 12-year MLB veteran with a career .271 batting average, Bloomquist makes sense for Seattle as a backup infielder that could mentor second baseman Nick Franklin and shortstop Brad Miller, each of whom will start a season at the big-league level for the first time in 2014.

Bloomquist won’t be a power source. The Port Orchard native has 17 home runs and a .666 OPS. In 2013, he appeared in 48 games and twice on the disabled list (oblique injury/two broken bones in left hand).

A client of super-agent Scott Boras, Bloomquist earned $1.9 million each of the last two seasons in Arizona.