During the home win streak, the Seahawks beat 8 opponents by at least 20 points. Last team with that many blowouts during a home win streak: 1972-73 Dolphins. 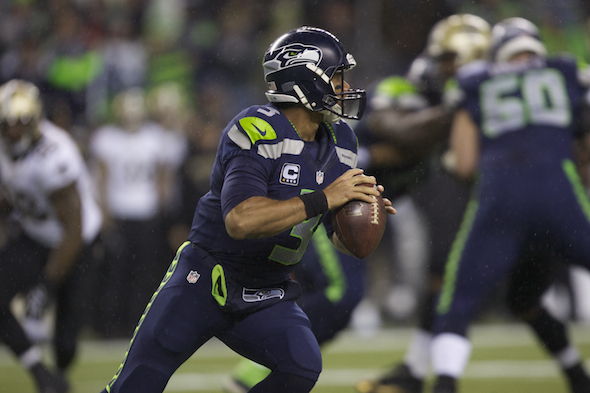 No one, certainly not Sean Payton or Drew Brees, saw coming the Seahawks 34, Saints 7 wallop at CenturyLink Field Monday night. The rout of the NFC’s No. 2 seed ran Seattle’s home winning streak to a franchise-record 14 games, during which the Seahawks have outscored opponents by an average of 18.6 points per game, with eight by 20 or more.

This makes the Seahawks the first team to produce eight wins by 20 or more points during a home winning streak of at least 14 games since the Miami Dolphins from 1972-73.

The Dolphins actually reeled off 27 consecutive victories at home from 1972-74, the NFL record. While Seattle’s 14 in a row on local turf is roughly half that, it not only compares favorably to the longest such streaks over the past decade, it’s the most dominant one based on number of 20-point victories (shown in bold).

The Game of the Century(Link) thumping provided a two-game lead in the NFC home-field advantage sweepstakes over New Orleans and Carolina entering the final month of the regular season. But it’s really more than that. Since the Seahawks have defeated both teams (beat the Panthers 12-7 in Week 1), the Seahawks hold the tiebreaker against them.

If Seattle goes 1-3 in its final four (against San Francisco and the New York Giants on the road and vs. the Arizona Cardinals and St. Louis Rams at home), either Carolina or New Orleans would have to go 4-0 to claim the top seed in the conference. Not likely: The Panthers and Saints still have to play each other twice.

Wilson tossed three touchdown passes against the Saints (no interceptions) for 22 this season. Wilson joins Dan Marino, Manning and Andy Dalton as the only players in NFL history to throw 20 TD passes in each of the first two seasons of a career. Marino fired 68 in 1983-84, Manning 52 in 1998-99 and Dalton 47 in 2011-12.

Wilson, with multiple TD passes in six consecutive games, the longest active streak in the NFL, has 48 career TDs. Among the four quarterbacks, only Marino, at 104.47, produced a higher passer rating in the first two years than Wilson. Wilson’s career mark rose to 103.74 after he registered a 139.6 Monday.

NOTES: Seattle’s last three wins have been by an aggregate 108-37, and its last two at home have been decided by a count of 75-27.