A blowout win on Monday Night Football over the well-regarded Saints had local and national media agog over the depth and dimension of the outcome. 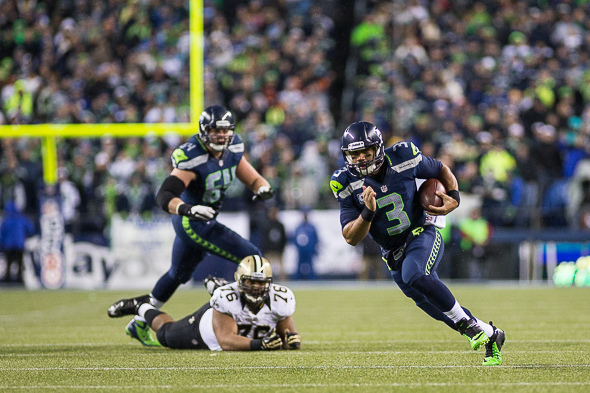 The Seahawks’ ground-shaking 34-7 win over the Saints Monday night clinched a playoff berth, extended Seattle’s winning streak at CenturyLink Field to 14 games and improved Seattle to a franchise-best 11-1.

New Orleans pulled out every stop, even ordering custom ear plugs to filter out the crowd noise after a suggestion from Brett Favre, yet it made no difference. This team appears unbeatable at home.

If there was doubt lingering in the national media about Seattle’s prowess, quarterback Russell Wilson and the NFL’s cockiest defense squashed it.