Robinson Cano could be serious about leaving New York, or he could be playing the Mariners to drive up the Yankees’ offer. 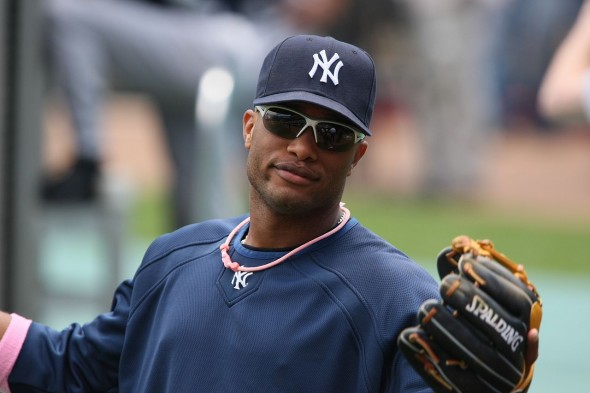 Robinson Cano could wind up in Seattle if the Yankees don’t meet his asking price. / Wiki Commons

Robinson Cano chartered a private jet to Seattle Thursday to meet with Mariners brass about becoming the highest-paid player in franchise history, according to a report from Enrique Rojas of ESPN Deportes.

Per ESPN, Seattle is prepared to offer the 31-year-old second baseman a 10-year contract worth between $230-240 million.

Fox Sports MLB reporter Ken Rosenthal, citing his own sources, called into question whether the Mariners are willing to offer that much, then contradicted Rojas’s claim that Cano was already in Seattle. The Yankees are reportedly unwilling to offer Cano more than a seven-year, $160 million contract.

Sources: Cano asked #Mariner for 240/10. M’s made offer, but not over 200. Cano on plane to Seattle. Meeting with club officials later today

Cano is represented by Creative Artists Agency of Hollywood and Jay-Z, the famous rapper who lately has gained varying levels of credibility by representing a handful of professional athletes.

Conflicting reports aside, Cano and his reps are apparently in Seattle today talking contract details with GM Jack Zduriencik — also known as Jack Z (no relation).

It isn’t clear whether Cano is seriously considering the offer. If reports are accurate, he has 80 million reasons — roughly the difference between the Seattle offers — to appear as if he is going to sign with Seattle.

To put Cano in position to score big, Jay-Z could learn a little from the sports market’s immediate history. UCLA coach Jim Mora earlier this week used Washington’s interest in him to fill its football coaching vacancy to garner a six-year contract extension from UCLA athletic director Dan Guerrero.

NBA commissioner David Stern earlier this year used Chris Hansen’s bid to buy the Kings to pressure a group of Sacramento investors and politicians into keeping the team in town with a newly, publicly financed arena.

The NHL used Seattle’s interest in the Coyotes to pressure the Glendale City Council into signing a 15-year, $225 million lease with a local ownership group.

Seattle is developing a pattern here. Los Angeles, home to the high-flying Clippers, is “Lob City.” Oklahoma City, home of the Thunder, is “Loud City.” If the Mariners don’t land Cano, and he signs with the Yankees, Seattle should call itself “Leverage City.”

Zduriencik hinted Wednesday he would go to unprecedented lengths to land a splashy free agent hitter. However, he declined to go into specifics.

“When we got here, it was a goal to get to where we have young, inexpensive players throughout the lineup, and I think we have accomplished that goal,” he said. “I have also thought there would be a time we have to augment this club, and I think we are at that time. I think I have a lot of support. It made an interesting winter, led to a lot of interesting conversations. We will see where it ends up.”

By “a lot of support,” Zduriencik means a lot of money. The Mariners this year acquired a majority interest from DirecTV in regional television network Root Sports, signing a 17-year deal that allows them to raise last year’s pedestrian $73.5 million payroll to a much higher level.

Buoyed by Root’s revenues, the club has flexibility to offer offer a deal of more than $20 million annually to a second baseman who hit .314 with 27 home runs and 107 RBIs last season. The Mariners have just $50 million committed to its 2014 roster.

At this stage, the numbers are immense, but not final.

Whether #Mariners are willing to go to $230M-$240M, as @Enrique_Rojas1 reported, remains to be seen.

Investment in Cano would suggest an ownership commitment to putting a better product on the field, one that isn’t going to waste the prime of Felix Hernandez’s career by fielding a lineup that early last season featured seven hitters with a batting average under .225.

Given the back-end risk of a potential deal that goes into Cano’s 40s, fans will debate whether an inevitable decline in later years is worth seeing Felix Hernandez start a playoff game.

What do you think? Should the Mariners use their television money to overspend on a player who would provide early returns at the risk of a heavy financial burden in the future?