Upon Review: 10 Things To Know About Cano

Expected to be signed by the Mariners to a 10-year, $240 million deal, Robinson Cano compares favorably to all Hall of Fame second basemen in a variety of measures. 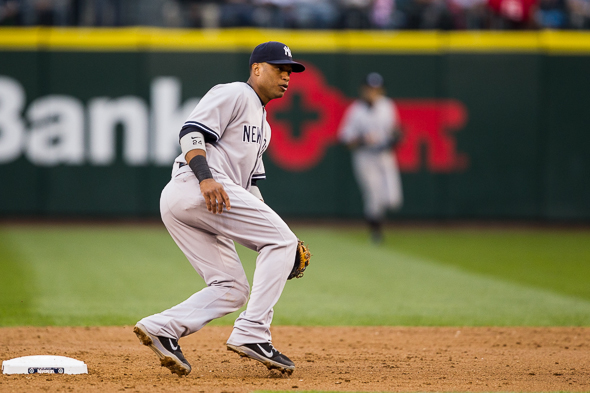 Robinson Cano has put up Hall of Fame numbers during his first nine major league seasons, all with the New York Yankees. / Drew McKenzie, Sportspress Northwest

Given the boobery of the Mariners “leadership” team (Howard Lincoln, Chuck Armstrong, Jack Zduriencik), as described by Geoff Baker of the Seattle Times in his excellent piece “Dysfunction At The Top: Eric Wedge, Others Point To Trouble In Mariners Front Office,” it might behoove Lloyd McClendon to ask out of his new contract and wait for a better opportunity, and for Robinson Cano to reconsider his decision to cast his lot in Seattle. Even for $240 million, 10 years is a long time in stir.

But assuming Cano is a go, what are the Mariners getting? World Series MVP David Ortiz of the Red Sox took a stab at answering that when he appeared on WEEI in Boston and expressed wonderment that the Yankees would permit their best player, the “face of the franchise,” as Ortiz described Cano, to bolt the Big Apple over a matter of a “mere” $70 million.

“This is great news for us,” said Ortiz. “This guy hurt us. He is a guy you’re never going to forget about because he puts up monster numbers.”

Asked about the staggering sum Cano will receive, tied for the third-most lucrative contract in baseball history, Ortiz told WEEI that such sums are to be expected.

“That’s what the players are getting,” Ortiz continued. “Young, talented players with the skills that he has, that’s what they’re getting. I couldn’t believe the Yankees let that guy walk away. He’s the face of that ballclub. He was backing up everybody. He makes the game look so easy. Now, we’re not going to see him that much, thank God.”

Desperate to become relevant after 12 years of no playoffs and self-inflicted public apathy, the Mariners are paying $240 million for a Hall of Famer in the making, gambling that Cano can revitalize one of baseball’s most turgid offenses. Should any doubt remain about Cano’s credentials, let’s get granular, starting with Cano’s career against his new team, one of 10 things to know about Cano.

2. With the 30-year-old Cano shown for comparison purposes, the following is a list of Hall of Fame second basemen, whose careers began after 1900, ranked by career OPS after their age-30 seasons. The list omits Jackie Robinson, after whom Cano is named, who did not break the color barrier until he was 28.

5. For all players through their first nine seasons, Cano is one of three to hit at least 200 homers and at least 350 doubles. Albert Pujols had 366 homers and 387 doubles and Todd Helton 271 homers and 373 doubles.

7. Cano is the third second baseman to reach 200 home runs and bat .300 or higher over the course of a career, joining Roberto Alomar and Rogers Hornsby.

10. Cano has five seasons with at least 35 doubles and 25 homers. The only Yankee with more such seasons is Lou Gehrig with eight. Cano has hit at least 25 home runs in each of the past five seasons, becoming the sixth Yankee to have a streak of five straight seasons with at least 25, joining Babe Ruth (14), Gehrig (12), Mickey Mantle (9), Alex Rodriguez (7) and Joe DiMaggio (6).

The Mariners are acquiring quite a player. Too bad Cano can’t crow about his new employers.