Both returning from knee problems, newcomers Corey Hart and Logan Morrison will rotate among the outfield, DH and first base, health permitting. 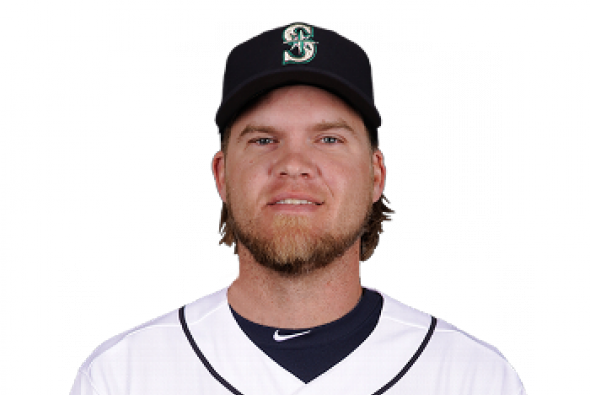 The Mariners and 1B Corey Hart Friday agreed on a one-year contract that will pay Hart $6 million. Hart can make $13 million if he meets various incentives. / MLB

The Mariners Friday introduced Corey Hart and Logan Morrison, two days after acquiring both, Hart as a free agent from the Milwaukee Brewers, Morrison in a trade with the Miami Marlins for RHP Carter Capps. Hart and Morrison have played the outfield and first base and will also share time at designated hitter after moving out of the National League.

Hart, 31,  did not play last season due to surgeries on both knees. He had surgery March 6 to repair a torn meniscus in his right knee, and on July 3 had microfracture surgery on his left knee to repair a chondral defect after a rehab injury.

Entering his eighth major league season, Hart, from Bowling Green, KY., is a two-time All-Star (2008, 2010) but his old team apparently didn’t want to pay for the health risk.

The Mariners did not disclose financial terms, but according to multiple reports, including the Milwaukee Journal Sentinel, the Mariners gave Hart $6 million in base salary with incentives up to $13 million. That effectively doubled Milwaukee’s offer.

“The cautious nature of the Brewers’ offer was an indication of the risk they associated with a player coming off major surgeries on both knees,” said the Journal Sentinel. “They particularly worried about Hart making it through a full season and didn’t want to be caught scrambling at first base again after using eight players at the position in 2013.”

Asked how often he could play the outfield, the 6-foot-6, 235-pound Hart said, “Realistically, five days a week. A long time ago, that wouldn’t have been thought possible. I’ve dropped some weight, and  getting in shape. It’s not an issue.”

General manager Jack Zduriencik said the Mariners dispatched two staffers to watch and record Hart’s workouts and were persuaded he was worth the risk.

Due to Hart’s knee surgeries, the Mariners are likely to use him at DH and/or first base, but not in the outfield. While they took an obvious risk in signing him, they needed to address the fact that Justin Smoak, acquired in the Cliff Lee deal in 2010, hasn’t worked out as planned. In 1,942 career plate appearances, his line is an abysmal .227/.314/.386.

Now, With Kendrys Morales no longer in the picture, the Mariners can either keep Smoak as insurance in case Hart’s knees don’t cooperate, or package him in a trade.

“The DH will be rotational,” Mariners manager Lloyd McClendon. “We;; try to keep everybody healthy and rested. It’s a unique dynamic dynamic. We’ll sit down at spring training and work it out. When you have quality players, that’s a good problem to have.”

Hart converted from right field to first base during the 2012 season after an injury to starter Mat Gamel. He batted .270 with 30 home runs and 83 RBI in 149 games that season. He was among National League leaders in extra base hits (T5th, 69) and home runs (T10th). Hart posted a .995 fielding percentage as a first baseman, committing four errors in 103 games (97 starts), including none over his first 59 games (53 starts).

To make room  for Hart on their 40-man roster, the Mariners designated OF Travis Witherspoon for assignment.

Morrison, a free spirit who spent his entire career in the Marlins organization, was thrilled to have a job and an audience.

“I never had a press conference like this,” he said. “The most I’ve ever had was three writers in a room.

Despite the health problems, the Mariners needed offense hitters besides Robinson Cano.

“The Mariners were last in the league in batting average last year,” said former Seattle reliever Jeff Nelson, an analyst for MLB.com. “They really needed a makeover, and they had to do something else after the huge splash with Robinson Cano. Now, the Mariners have to hope they can keep these two guys healthy. Justin Smoak just hasn’t panned out. The Mariners didn’t give up a lot to get them. They aren’t huge moves. But they do help the offense.”

During the introductions of Hart and Morrison, Hart was given jersey No. 27, which is the number Tiajuan Walker wore during his rookie year. Walker has been the subject of trade rumors, but GM Jack Zduriencik has stated he will not trade Walker.

When news of the number change was disclosed, Greg Johns of MLB.com tweeted: “Mariners note that Nick Franklin and Taijuan Walker had already requested new numbers, so no messages should be read into Hart, LoM0.”

Oh I didn’t know I gave up my number??? Hmmmm

Morrison, a popular figure on Twitter, quickly changed his handle from LoMoMarlins to fit his Seattle surroundings.

I’m excited to be here in Seattle. After all every King needs a jester in his court!