Seahawks Sherman could be Defensive MVP 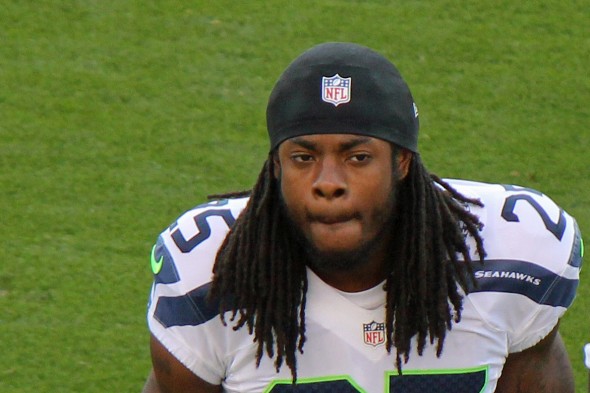 After an All-Pro 2012, Seahawks CB Richard Sherman might follow it up with Defensive Player of the Year / Wiki Commons

Seahawks CB Richard Sherman intercepted two passes in the first half Sunday to raise his season total to six and tie Giants S Antrel Rolle for the top mark in the NFL. Sherman might have earned more acclaim in the fourth quarter for leaping out of the end zone to tip another bad idea from Eli Manning to S Earl Thomas, who secured Seattle’s fifth interception of the game.

Per NFL.com, Sherman is a frontrunner for Defensive Player of the Year. What else is the national media saying about the Seahawks?