Players, coaches and executives of many sports around the state will come together at Benaroya Hall for the 79th annual Sports Star of the Year event. 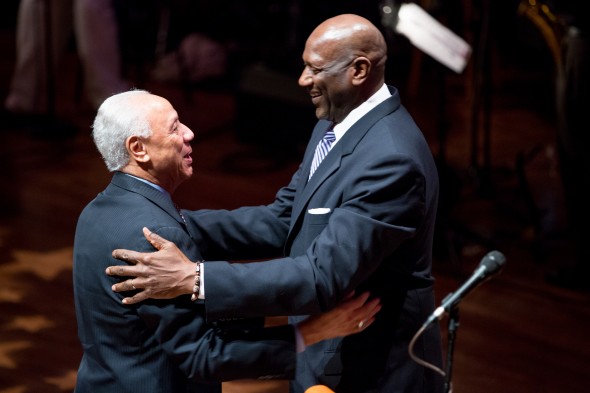 The biggest all-sports party on the Seattle calendar arrives Jan. 22 at Benaroya Hall, when the Seattle Sports Commission presents the 79th Annual MTR Western Sports Star of the Year Awards, the longest-running event of its kind in the U.S.

Created by sports editor Royal Brougham and the Seattle Post-Intelligencer in 1936, the event celebrates the achievements of athletes, coaches and others in the sports industry from across the state.

The Seattle Sports Commission took ownership of the event in 2009.  Each of the past two years, more than 1,200 athletes, coaches and fans gathered downtown at elegant Benaroya Hall for the best night out in state sports.

The new format features a pre-show reception where attendees mingle with special guests, and have the opportunity to bid on silent auction items.

Below is the candidate list for three awards being voted on by the public in an online poll found here. They will be honored along with award winners selected by a sports commission committee.

Nominees for Female Sports Star of the Year

Nominees for Male Sports Star of the Year

Nominees for the Sports Story of the Year