Seattle’s Golden Tate chose an opportune moment to have the best game of his career. But is Seattle’s offense Super Bowl-worthy? 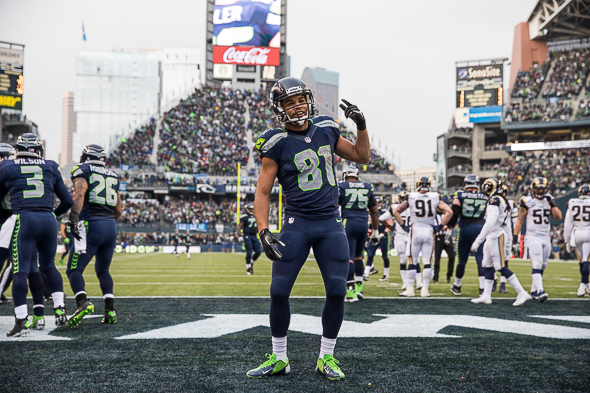 With WR Percy Harvin unable to recover from August hip surgery, Seahawks WR Golden Tate had 2013 to prove he was the receiving threat deserving of a second round pick in 2010.

In his fourth season, the final year of his first contract that totaled $3.41 million, Tate surpassed his worth. Minus Harvin’s brief appearance in the Minnesota game, Tate was Seattle’s only deep-play threat, the only dangerous punt returner, a true go-to wide receiver in a run-first offense. The high point was Sunday’s 27-9 win over St. Louis, a game where Tate set career highs with 129 receiving yards and eight receptions.

Other than Marshawn Lynch (23 carries, 97 rushing yards and a touchdown), Tate was Seattle’s only offense against a team he accused earlier of wanting to “give concussions and tear ACLs.”

That statement came shortly after the Week 8 taunting penalty Tate incurred on Monday Night Football when he waved goodbye to pursuing Rams safety Rodney McLeod during an 80-yard touchdown catch. The antics drew an $8,000 fine from the NFL, a public scolding from coach Pete Carroll and more questions about his maturity.

So Tate needed Sunday, and a season in which he finished with a career-best 64 catches for 898 receiving yards, as much as a modest Seahawks passing game, ranked 26th, needed him. 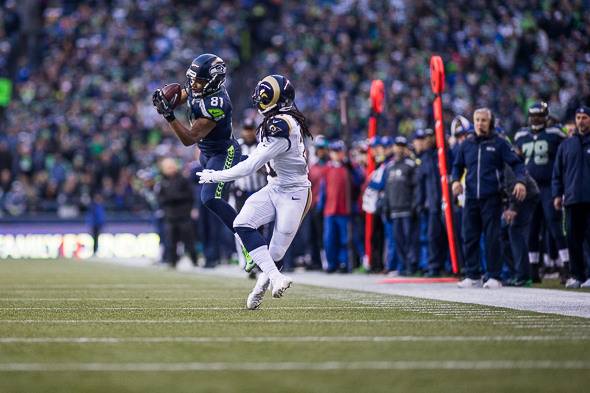 Look familiar? Tate’s touchdown catch Sunday against the Rams was nearly identical to the one he had against them earlier in the year. Minus the taunting. / Drew McKenzie

Tate’s increased production was welcome. Without it, the Seahawks offense might have looked as moribund as it did in the previous three weeks. Even with Tate, they racked up 269 total yards.

Danny O’Neil of 710 ESPN wondered if Seattle’s latest win, another in which the league’s best defense carried a middling offense, will be enough to get the Seahawks to the Super Bowl. 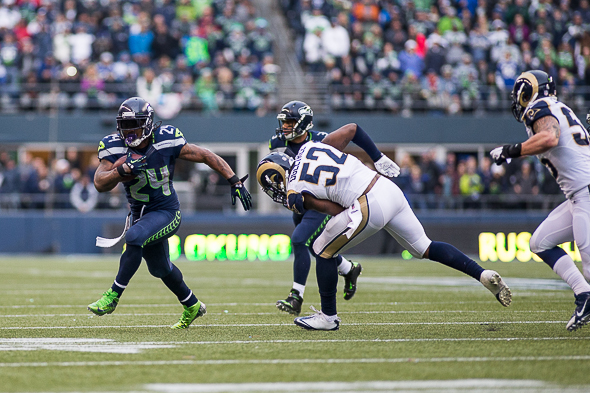 Lynch was aggressive and would have likely surpassed 100 yards rushing if he played the entire game. / Drew McKenzie

A week after the worst game of his NFL career, Seahawks QB Russell Wilson played like an efficient game manager. No turnovers and his accuracy improved, going 15 of 23 for 172 yards and touchdown. It seemed as if offensive coordinator Darrell Bevell reined in playcalling to protect Wilson (four sacks) during a first half in which Seattle didn’t convert a third down.

Wilson, in the MVP conversation prior to Seattle’s 2-2 regular season finish, ended 2013 with 3,357 passing yards, 26 passing TD’s and nine interceptions to go along with 539 rushing yards and a ground score.

In his NFL playoff column, ESPN’s John Clayton points out that Wilson and the Seahawks are almost impossible to beat at home. 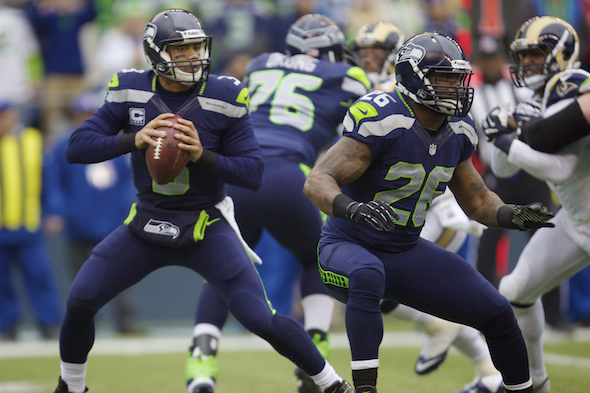 If Russell Wilson plays mistake-free, will it be enough to propel the Seahawks to the Super Bowl? / Drew Sellers

Wilson came up just short of the pylon after a scramble. 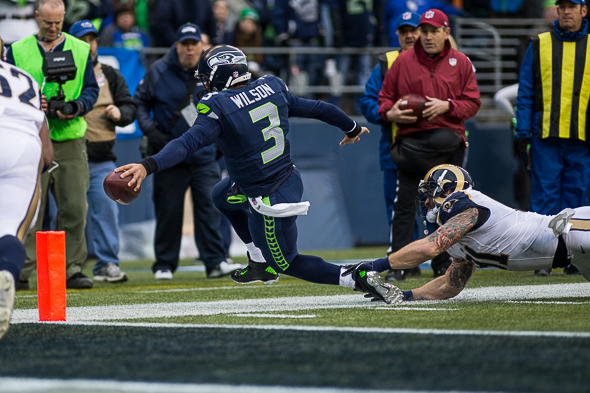 After all, the Seahawks defensive line allowed Offensive Rookie of the Year candidate Zac Stacy just four yards on 13 carries, wrote ESPN’s Terry Blount. By holding the Rams to 13 rushing yards, the Seahawks tied a club record set Dec. 9, 1990 against the Packers. 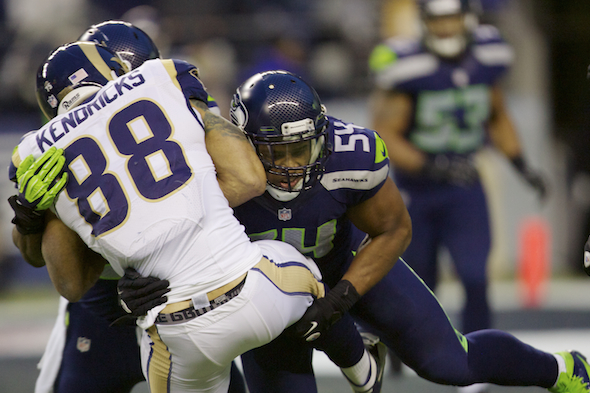 Earning a playoff bye and a No. 1 seed for the first time since the club’s Super Bowl run in 2005 was the expectation entering the season. Enduring a pair of disappointing losses late in the year proved vital. The Seahawks had the chance to clinch twice in the final four weeks but failed in losses to San Francisco and Arizona.

A hard-fought win against St. Louis, a franchise that knew a little about stomping Seattle’s playoff hopes, was a fitting cap to the regular season.

After Seattle’s bye, the lowest seed among Green Bay, San Francisco and New Orleans, all playing in the wild card round this weekend, visits CenturyLink Field  Jan. 11 (1:35 p.m., FOX) for the NFC Divisional Round.

Tickets for the game will be available beginning at 10 a.m. Tuesday at Seahawks.com or by calling Ticketmaster at 800-745-3000.  All playoff tickets will be distributed via Ticketmaster’s TicketFast online printing.

Ticket availability is limited and expected to sell quickly. 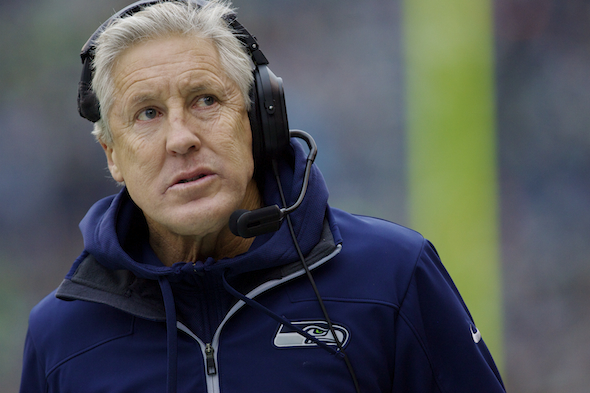 Seahawks coach Pete Carroll has championships in college but not yet in the NFL. / Drew Sellers