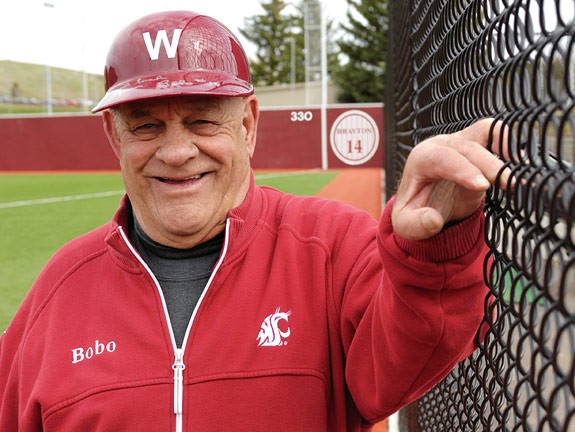 Each January, the Star event, presented by the Seattle Sports Commission, honors the athletes, coaches, media figures and stories in or from the state of Washington for their achievements in the previous year.

Honorees in four categories are selected by the Sports Star Committee, which is made up of local sports historians, media, business leaders and others active in the sports industry. Honorees will be recognized on the main stage at Benaroya Hall in downtown Seattle Jan. 22. Reception is at 5 p.m., and showtime is 7:30.

Public voting remains open online in three categories: Male and female Athletes of the Year and Sports Story of the Year. Nominees list can be found here.

Given to an individual who has made a significant or compelling philanthropic contributions.

A Renton native, Crockett was the driving force in raising $50 million for the renovation of Husky Stadium that re-opened Aug. 31. He has been a large contributor to the University of Washington athletic and academic programs. Crockett also opened Emerald Downs race track in Auburn in 1996 that saved the horse-racing industry in the state.

Given to an inspirational young athlete who has overcome major medical obstacles to inspire others.

Given to an individual for a lifetime of achievement in sports and who exemplifies the spirit of our state.

Given to a member of the media for excellence in communicating the sports stories of the state of Washington.

As founder of Warren Miller Entertainment, Warren is synonymous with spectacular skiing and snowboarding movies, with credits including books, articles and more than 750 films.

Tickets are available at the Benaroya Hall Box Office, online at www.benaroyahall.org, or by phone at 206-215-4747.  Premium tickets are $100 and include access to the show and VIP reception. Show-only tickets are $25.

Sportspress Northwest will produce a live webcast of the red-carpet portion of the event, hosted by Art Thiel and Mike Gastineau.