New Orleans tried to beat the Seahawks by adopting the Seahawks defensive style. Seattle RB Marshawn Lynch made sure the strategy didn’t work. 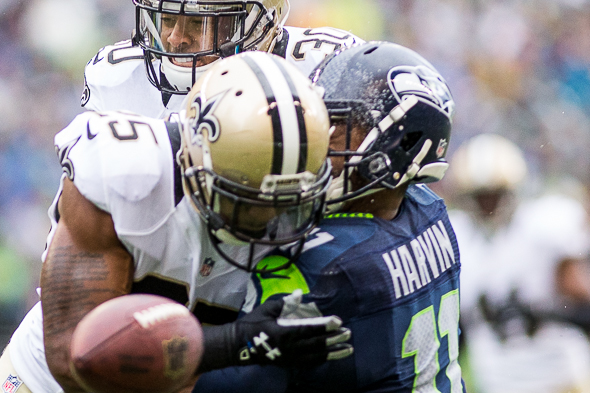 It was evident early Saturday the Saints were doing their best to be the biggest, baddest bully on the playground. Take TE Jimmy Graham’s pre-game yelling match with LB Bruce Irvin near midfield, or S Rafael Bush’s blatant illegal blow to WR Percy Harvin’s head early in the first quarter.

So the Saints tried to send a message. During a stormy afternoon of wind and rain, they tried to change the finesse label that has followed them since they won the Super Bowl in 2009. It failed. Season over, Seattle into the NFC title gamea gainst San Francisco after the 23-15 win.

For the third time in the past four years, New Orleans tried and failed in the playoffs to take down an NFC West opponent on the road.

Some argued that Bush led with his shoulder before he leveled Harvin. What does this photo show? 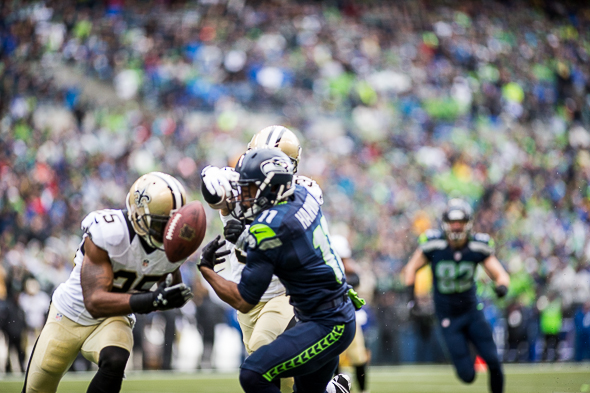 Bush was given a 15-yard penalty for targeting a defenseless receiver. Fair or foul? / Drew McKenzie, Sportspress Northwest

Following the hit, Harvin was ordered to the locker room for further evaluation of a concussion. He returned 10 minutes later and was productive (three catches for 21 yards and one rush for nine) until near the end of the first half.

The play that knocked him out of the game was more innocent.

Facing second-and-eight from the New Orleans eight-yard line, QB Russell Wilson scrambled and spotted Harvin in the back corner of the end zone. Harvin leaped high and backward, momentarily gaining possession before falling hard on his head, causing the pass to fall incomplete, and was hit while prone. Trainers escorted him to the locker room. Word came later that it was a concussion, and he was done for the day.

Will this be the lasting image of Harvin’s first season with the Seahawks? 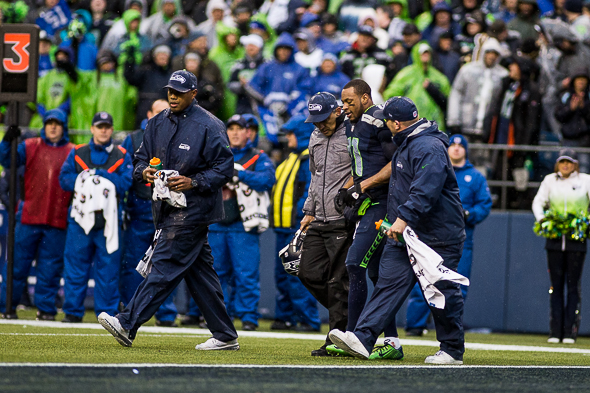 The Seahawks passing game was unimpressive in windy weather. It wasn’t helped after Harvin was forced to leave the game. / Drew McKenzie

With Wilson, who finished with a career-low 103 passing yards on nine of 18 completions, trying to find the accuracy he displayed early in the season, Seattle’s offense will rely heavily on Lynch the rest of the way. That might not be a bad thing.

Against New Orleans, Lynch rushed 28 times for 140 yards (a franchise playoff record), two touchdowns and produced another earthquake that caused the CenturyLink press box to sway.

His “F-U” attitude probably rubs defenders (and opposing fans) like 40-grit sandpaper. But Lynch is loved by the 12th Man for a running style that is elusive and punishing. Saturday he proved that the Seahawks were the tougher outfit. 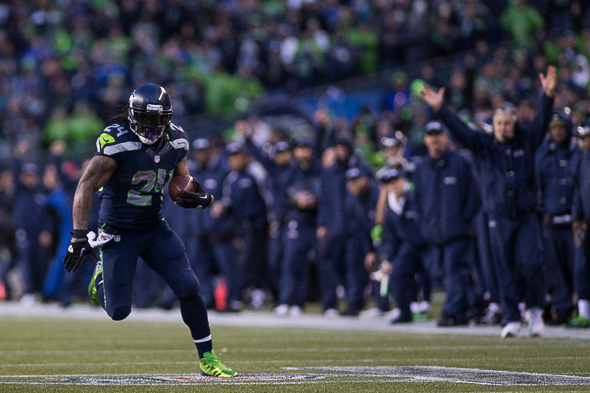 Lynch’s 31-yard TD run in the fourth quarter all but assured the Seahawks a spot in the NFC Championship. / Drew McKenzie, Sportspress Northwest

According to ESPN Stats and Information, Lynch joined Terrell Davis and Thurman Thomas as the only running backs to rush three times for 130 yards in the postseason since the NFL adopted its current format in 1990.

The Seahawks split the season series with the 49ers, winning 29-3 at CenturyLink in Week 2 before losing, 19-17,  Dec. 8 at Candlestick Park. 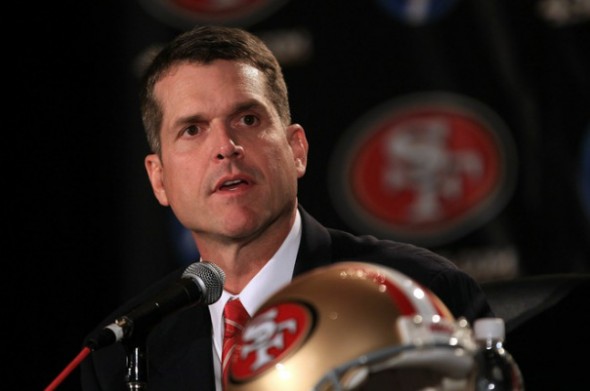 Jim Harbaugh and the 49ers will be back Sunday to CenturyLink Field for the NFC Championship. / Getty Images