The most expensive ticket at the first Super Bowl was $12. Tuesday, it was nearly impossible for fans to find a ticket to Super Bowl XLVIII for less than $2,000. 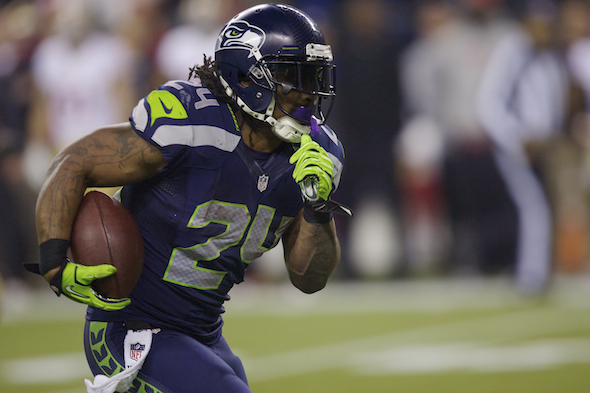 Staying warm has never been so expensive.

With freezing temperatures and possible snow in the forecast for Super Bowl XLVIII, prices for MetLife Stadium’s indoor suites started Sunday at $435K on the secondary sellers market, according to SeatGeek.com. The most expensive option?

Per SeatGeek, a site that tracks resold tickets for concerts and sporting events, if someone buys that suite to watch the Seahawks and Broncos play Feb. 2 in the first outdoor, cold-weather Super Bowl, it would be the first million-dollar transaction in the game’s history.

It would give the purchaser and entourage a view from MetLife’s first level, between the 20-yard lines, with all the food and booze imaginable. Securing the spot would take Warren Buffet money. Better yet, Paul Allen money.

Buying a 300-level ticket through sites such as Stubhub, NFL Ticket Exchange and Primesport.com are pricier than ever.

As of Sunday night, the average ticket price was $3,721. Seatgeek had yet to see a ticket sold for less than $2,000, which was $500 more than the price of the cheapest ticket on the night of the previous three years of conference championships. By Tuesday, the brokers estimated that 6,500 tickets had changed hands.

VenueKings.com has a handful available of tickets on sale for slightly less than $2,000. However, they appear the exception in a lucrative market.

According to Seatgeek, by Sunday, the most expensive resold ticket, a seat in Metlife’s lower level near the 50-yard line, was exchanged for $10,000, a price similar to the past four Super Bowls. For perspective: The most expensive ticket at the first Super Bowl in 1967 was $12.

This year, tickets to Super Bowl Media Day, which is Tuesday in the Prudential Center, are $35, and spots in the 300-level end zone for the actual game are about $2,050.

However, SeatGeek predicts that the price of all tickets will decrease in the two weeks leading up to the game because of the high cost of booking last-minute flights and hotels.

“With the two teams in this year’s game a combined 4,600+ miles from NYC, there won’t be much last-minute demand from Seattle and Denver fans,” said Connor Gregoire, SeatGeek’s communications analyst. “We also tend to see an increase in supply on resale market throughout the two weeks (because) the original distribution of tickets is completed.”

The original distribution includes lotteries that participating teams conduct for season-ticket holders. The Seahawks held theirs Sunday night after defeating the 49ers, 23-17, in the NFC Championship. Those selected were given an opportunity to buy two Super Bowl tickets for $800 each Monday at the CenturyLink Field box office.

The organization didn’t announce how many tickets were allotted. According to a Wall Street Journal article in September 2013, which cited an anonymous NFL source, champions from both leagues share 35 percent of the ticket allotment for the Super Bowl. Metlife’s capacity is 82,566, which means the Seahawks, assuming the story was accurate, were given about 14,450 tickets.