It’s rare when there’s such a harmonic convergence of good, big stories, but this weekend provides three. Which one tops you list? Vote here. 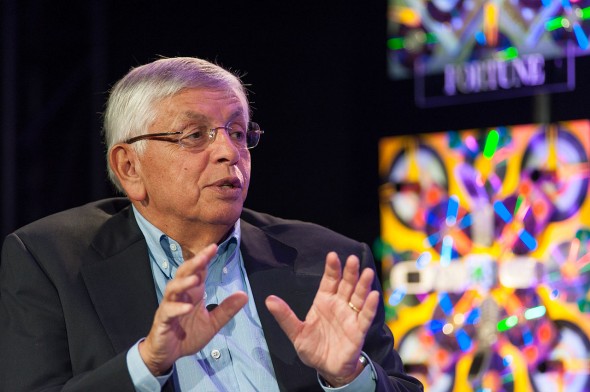 This weekend has the potential to become the sweetest in Seattle’s pro sports history. Of course, the Seahawks need to defeat the Denver Broncos in Super Bowl XLVIII Sunday to make it so, but that’s all that’s standing in the way of a remarkable trifecta that’s already two-thirds a done deal. Question is, which is the source of the greatest elation?

Does anyone around here know how to build a triple-decker parade float?

Super Bowl Seahawks: Seattle has come close – mortifyingly so — to breaking its championship drought several times since the 1979 SuperSonics won the NBA title. For want of a hoop here, a line drive there or a fair call by the refs, Seattle could have been up to its rain boots in ticker tape. But no team has been able to seal the deal.

After scoring two of the biggest upsets in NFL postseason history, the 1983 Seahawks were denied a trip to the Super Bowl by the Los Angeles Raiders in the AFC Championship game, a contest in which the most memorable play was a Raiders fan breaking a bottle over the head of an L.A. cop sitting astride a horse during the post-game melee.

The 1994 Sonics, top-seed in the West and a title favorite, won the first two opening-round games against the lowly Denver Nuggets, then collapsed twice in Denver and once at home, losing Game 5 in OT, becoming the first No. 1 seed in league history to lose to a No. 8.

The 1996 Sonics went 64-18 under George Karl, but Michael Jordan and the  72-win Chicago Bulls squashed the Gary Payton-Shawn Kemp bravado in the NBA Finals.

The 2001 Mariners won 116 regular-season games but hit just .211 in the ALCS against the Yankees and frittered away a season we’re unlikely to see again. The 2005 Seahawks had multiple opportunities to win Super Bowl XL, but dubious officiating and numerous misplays relegated Seattle to a 21-10 loser to the Pittsburgh Steelers.

But now the Seahawks get a second Super Bowl shot and, as we’ve seen, these don’t come around often. It would become an unprecedented victory by a Seattle pro sports team, but it would not have the long-lasting ramifications of, say . . . .

David Stern’s Retirement: Stern didn’t do a thing to prevent the Sonics, a Seattle fixture for 41 years, from bolting to Oklahoma City in 2008. In fact, he pretty much looked the other way as Clay Bennett, aided by weak political leadership in Seattle, spirited the club away.

Stern then did everything in his power – notably leveraging Chris Hansen’s over-the-top offer — to ensure that the Kings remained in Sacramento instead of relocating to Seattle.

There are numerous obstacles to Seattle re-acquiring an NBA franchise apart from Stern, including the construction of a new arena and all that it entails. But even if all agreed – and they don’t – on a construction site and a financing package, the NBA’s return to Seattle has always depended first on Stern and his anti-Seattle bias leaving office.

Washington state lawmakers jacked Stern’s hackles in February of 2006 when he testified in Olympia before the House Ways and Means Committee. From Stern’s perspective, the trip went irretrievably south when Frank Chopp, the crusty Speaker of the House from Seattle’s 43rd District, failed to treat Stern with the respect Stern believed his eminence demanded.

With that, Seattle became the least-likely city in America to get an NBA team as long as Stern remained at his post. But now, he’s nearly out the door and Seattle will no longer have to deal with his vast ego.

Chuck Armstrong’s Retirement: After 28 years and two different stints as team president, Armstrong is finally departing. Public rejoicing among thousands of Mariners fans would be greater only if CEO Howard Lincoln had also entered voluntary exile.

“We wouldn’t have had baseball in Seattle today if that doesn’t happen,” Armstrong said during Griffey’s induction into the Mariner Hall of Fame last summer.

With the Mariners up for sale in 1991, and possibly on their way to Tampa, FL., then Sen. Slade Gorton asked Armstrong to work with local investors to keep the team in Seattle. With Nintendo’s backing, the Baseball Club of Seattle purchased the franchise in 1992. That transaction ensured that major league baseball would remain in Seattle, but the Armstrong-Lincoln combo also sparked years of mediocrity.

For all of their laudable efforts to create a fan-friendly experience at Safeco Field, Armstrong and Lincoln have become identified more with failure than success. The club has not reached the postseason since 2001 and has two winning seasons to show for the last decade. Last year, when they were expected to improve, the Mariners sustained their sixth season of 90 or more losses in the past 10.

Mariners fans have long expressed frustration and outrage over the manner in which Armstrong and Lincoln have, through an inability of knowing how to compete, hurt the franchise. Armstrong’s retirement announcement in November, coupled with a lengthy story in the Seattle Times alleging inept front-office leadership, is widely viewed as an opportunity for the club to move in a more positive direction.