From the Arctic to the Antarctic, the 12th Man’s reach is planetary. Other fan groups must know resistance is futile; they will be assimilated. 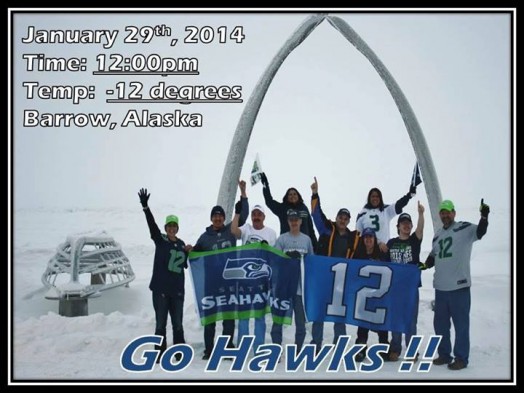 The 12th Man in Barrow, Alaska, at the edge of the Arctic Ocean. 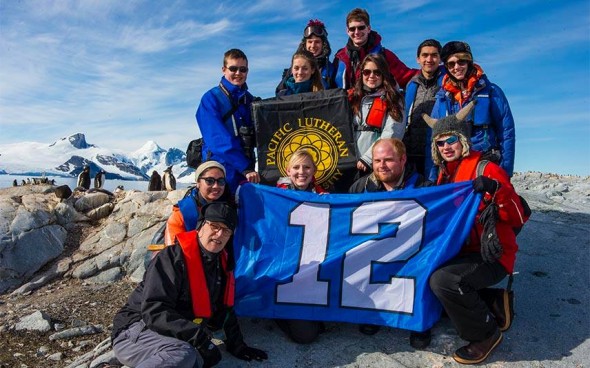 Thanks to social media, the reach of the 12th Man is officially, photographically and inarguably global.

The first photo is from Barrow AK., the most northerly city in North America. On the edge of the Arctic Ocean, Barrow started receiving sunlight about two weeks ago, for the first time in six weeks.

In the second photo, it’s all summery.

A class from Pacific Lutheran University, studying the impact of human activity on the environment of Antartica, found room in someone’s bag to pack a 12th Man flag. English professor Charles Bergman, lower left, was in charge of spreading the gospel of Twelves.

In case you wondered: The distance between North and South poles is 12,461 miles.

The 12th Man goes where no fans have gone before.