As estimated 300,000 will show up downtown for the victory parade celebrating the Seahawks’ NFL championship. Virtually every downtown hotel room is sold out. 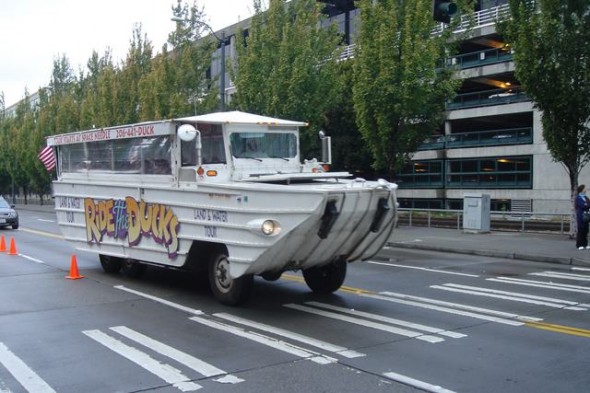 Two dozen of the ubiquitious Ducks — the amphibious, summer-tourist-toting vehicles that are no relation to some of the passes Peyton Manning threw Sunday — will carry the Seahawks, coaches and political leaders Wednesday through a downtown throng estimated at 300,000 to celebrate the Super Bowl triumph.

The guess from Mayor Ed Murray’s office Tuesday also came with a caution to layer up because of temperatures at or below freezing, although no precipitation is in the forecast.

Joining Murray in the celebration are King County Executive Dow Constantine and Gov. Jay Inslee, who issued Tuesday a proclamation calling for a moment of loudness to be observed at 12:12 p.m. during the parade.

The open-air vehicles were chosen because of their high profiles and easier security.

“They wanted to give the best view for all of the parade-goers,” a spokesman said. “Whether you’re in the front of the line or you’re eight rows back, you can see.”

Accompanying the parade will be the Blue Thunder marching band and the Sea Gals. The city is working with Torchlight Parade organizers whose annual annual summer Seafair event usually attracts about 100,000 onlookers.

At the Clink, Seahawks season-ticket holders have been invited to attend at-capacity event around 1 p.m. Fans can watch the team’s parade beginning at 11 a.m. on the stadium’s video boards with soda, water, and hot dogs available for purchase at concessions stands. Gates open at 10:30 a.m. with open seating. Season-ticket holders can still print tickets to the event through Tuesday evening by visiting their account manager.

The adjacent Safeco Field will also open to carry a live feed of the victory parade and CenturyLink Field’s on-field presentation on the ballpark’s large video board. Tickets to Safeco are free and available to print on a first-come, first-serve, up to a maximum of four per downland. The link is here. Seating at Safeco Field will be general admission with the field’s gates opening at 10:30 a.m.

Sseveral area news stations will broadcast the parade.  A live stream will also be available  on Seahawks.com.

Seattle has opened its Emergency Operations Center to deal with security and other logistics leading up to the parade, although the event is being paid for by the Seahawks.

Many buildings along the parade route will be locked during the parade, allowing only people who work in the building to have access.

Accoring to KING5, all hotel rooms on Fourth Avenue as well as hotels nearby have been sold out. 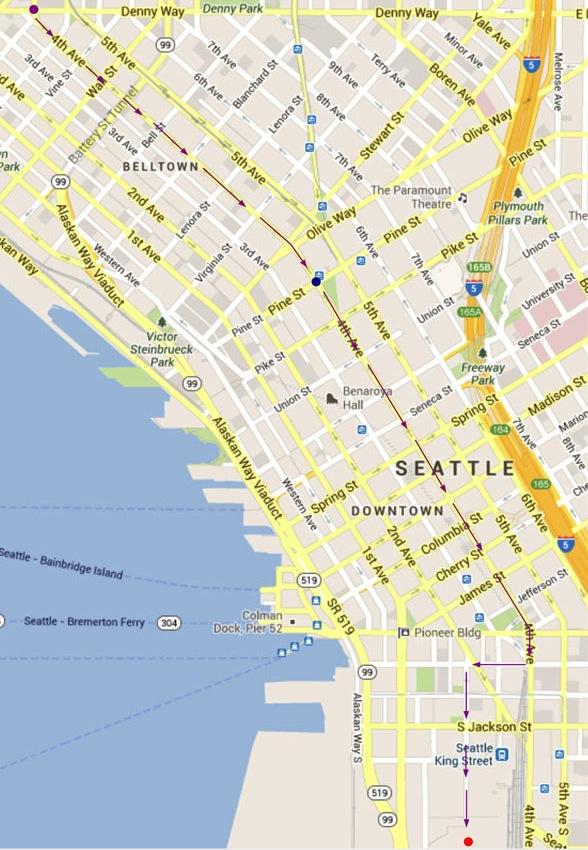 The parade route starts at Fourth Avenue near Denny and concludes at the Clink.