Seahawks pick up O-lineman from Packers 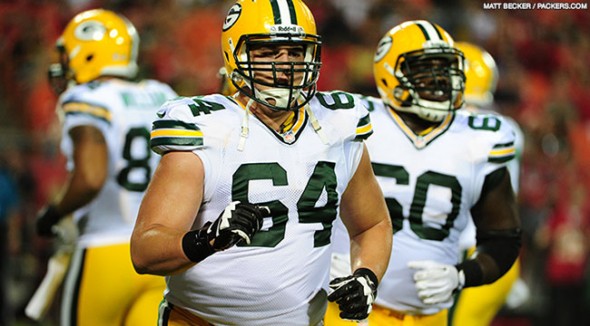 Van Roten was a backup guard and center for the Packers in 2013. / Photo courtesy of Packers.com

The Seahawks are getting an early start in protecting against the predations of free agency after their Super Bowl success, signing free agent guard Greg Van Roten, 23, who was waived by the Green Bay Packers Wednesday. Van Roten (6-foot-3, 303 pounds) was a Penn grad who went undrafted in 2012 but made the Packers’ practice squad, then the roster after five games.

He played in nine games, including two playoff games, as a backup guard and center, as well as special teams. In 2013, he played three games before hurting his foot, and was placed on injured reserve.

Van Roten was healthy before the season ended, and didn’t seem too pleased that he was let go, according to this tweet:

Thank you Packer Nation for treating me so well during my time in Green Bay! A bitter and sudden ending but a memorable journey nonetheless

ESPN.com quoted his agent, Bill Baldini: “His foot is fine. It actually felt fine during the season. He could have returned” had he not been placed on injured reserve.

Two Seahawks offensive linemen, T Breno Giacomini and G Paul McQuistan, are unrestricted free agents. The line at times had trouble with pass protection, giving up 44 sacks, and figures to be the unit in most need of an upgrade.

I play for the Seahawks now. #pumped pic.twitter.com/pr5sEk8N3d