Former University of Washington basketball star Brandon Roy is among 12 individuals set for induction into the Oac-12 Hall of Honor. The ceremony is March 14. 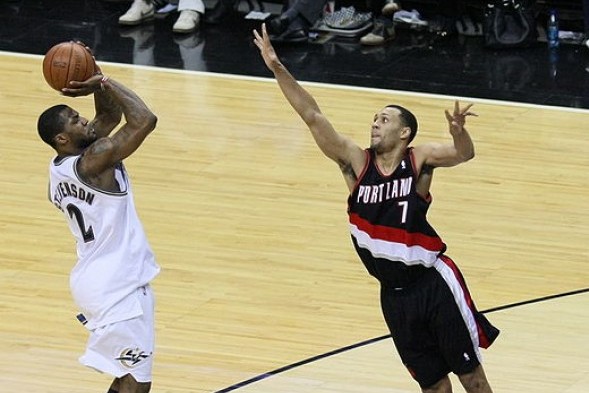 Garfield’s Brandon Roy became an All-America choice at the University of Washington and a three-time NBA All-Star with the Portland Trail Blazers. / Wiki Commons

Former University of Washington All-America selection Brandon Roy is among 12 individuals scheduled for induction into the Pac-12 Basketball Hall of Honor. The March 14 enshrinement is prior to the semifinal games of the Pac-12 Tournament at the MGM Grand Garden Arena in Las Vegas.

Roy starred at Washington under Lorenzo Romar from 2003-06, finishing his career with 1,477 points. He helped lead the Huskies to three consecutive NCAA Tournament appearances, including UW’s first No. 1 seed in 2005.

Roy earned a wealth of accolades during his college career, including Pac-10 Player of the Year as a senior in 2006. He was also a finalist for the Wooden, Naismith, Oscar Robertson and Adolph Rupp awards.

Roy was selected in the first round of the 2006 NBA draft by the Portland Trail Blazers and was the league’s Rookie of the Year in 2007. During his career, cut short by knee injurires, he made three All-Star teams. He finished his career with the Minnesota Timberwolves in 2012-13.