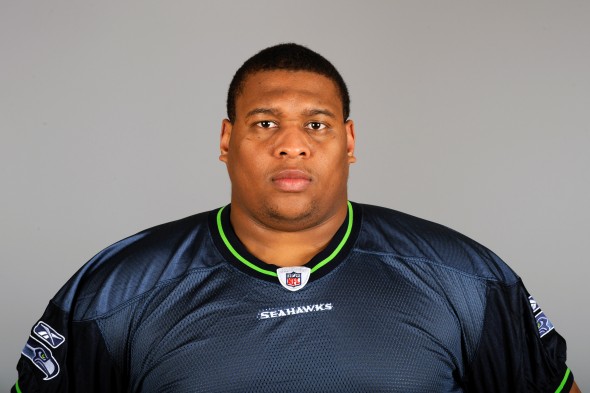 In a move to free up money under the salary cap entering the 2014 offseason, the Seahawks will release defensive end Red Bryant, according to reports Sunday from Fox Sports senior NFL reporter Alex Marvez and NFL Insider Ian Rapoport.

Bryant, 29, made 31 combined tackles and 1.5 sacks for Seattle in 2013 while serving primarily as a run-stopper on first and second downs.

The club’s decision doesn’t come as a surprise.

Bryant was expected to make $8.5 million in 2014, including a $3 million bonus in March. Last week, Seahawks general manager John Schneider said he plans to make a push to re-sign WR Golden Tate and DT Michael Bennett, both of whom are free agents.

By releasing Bryant, the Seahawks will save approximately $5.5 million against the NFL’s $130 million salary cap.

Popular inside and outside the locker room for his drawl and friendly demeanor, Bryant, 6-foot-4 and 323 pounds, was selected by Seattle out of Texas A&M in the fourth round of the 2008 NFL draft. He spent his first two years in the league as an ineffective defensive tackle before coach Pete Carroll and Schneider decided to make him a specialized end that would play almost exclusively on rushing downs.

Like so many of the Schneider/Carroll personnel decisions, the maneuver worked. Bryant started all but one regular season game from 2011-2013 and helped anchor a rushing defense that tied with the Broncos for seventh-best in the NFL  in 2013 (101.6 yards per game).

Bennett, who finished the regular season with 31 tackles, a forced fumble and 8.5 sacks, said two weeks ago that he wasn’t willing to give the Seahawks the “hometown discount” that was more agreeable to wide receiver Golden Tate.

Bryant isn’t the first casualty of the Seahawks’ roster trimming.

Wide receiver Sidney Rice, who missed half of 2013 with a torn ACL, acknowledged he was released after spending the past three seasons in Seattle, although the club has yet to announce it.

The number #12 will remain on the left side of my chest no matter what! Grateful for the opportunity to share so many special moments w yall