The Mariners have engaged in talks with the New York Mets over the possibility of a trade that would send Nick Franklin east for a top pitching prospect. 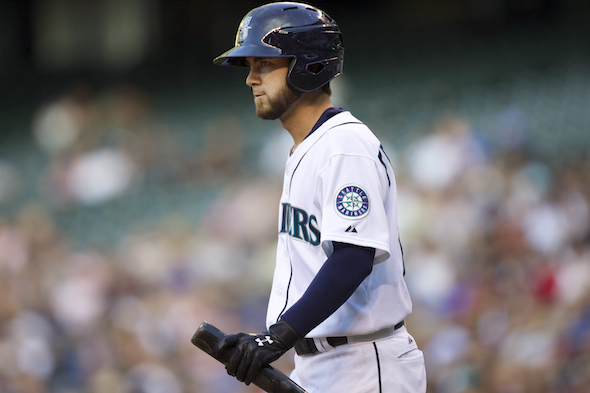 With 12 home runs, 45 RBIs and six steals in 369 at-bats last season, Nick Franklin seemed a sure shot to become the Mariners’ every-day second baseman this year — until, of course, the club grew so desperate to achieve relevancy that it signed free agent Robinson Cano for $240 million over 10 years. The inking immediately made Franklin expendable.

Now, ESPN.com is reporting that the Mariners and New York Mets are engaged in conversations about the possibility of Franklin heading east in exchange for a young pitching prospect, or prospects. The Mets apparently need more time to evaluate the 23-year-old Franklin to determine whether he is capable of becoming their shortstop.

According to ESPN.com, it remains to be seen whether the Mets would be willing to part with a prospect the caliber of Rafael Montero.

While Franklin played second base during the last half of last season, the result of Brad Miller taking over at shortstop, Franklin’s desired position is shortstop. He played it in 261 minor league games before his call up to Seattle vs. 122 appearances at second base.

Although Franklin hit for some power last season, his home runs came in two notable clusters. Otherwise, Franklin produced a line of .225/.303/.382. A No. 1 selection by the Mariners in the 2009 June draft, Franklin committed 12 errors in 96 games.

According to the Newark Star Ledger, Montero “is one of the Mets’ top pitching prospects. Despite a late start to his professional career — he signed at 20 out of the Dominican Republic — he has built an impressive resume with a different aesthetic than the organization’s other highly-touted righthanded pitchers. Ranked by several outlets as a top-100 prospect — as high as No. 68 by Baseball America — Montero could reach the majors by the middle of this season.

“Mostly, it’s his command that is striking. Montero has allowed 67 walks in 348 1/3 minor league innings — and some of those were given away strategically to move through the lineup.”

Even if the talks between the Mariners and Mets, which began during the winter meetings, extend another couple of weeks, the expectation grows that Seattle will move Franklin by Opening Day.