The Mariners must decide if shortstop Nick Franklin should begin the season as a big-league utility infielder, a Triple-A starter or on another team. 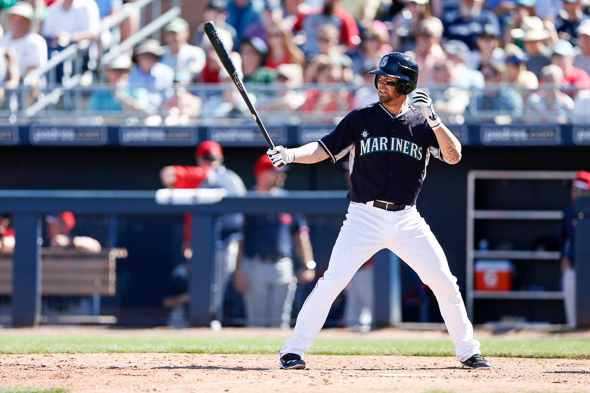 Even though his batting average fell about .40 points during the final two months of his rookie season, Nick Franklin posted a 2.3 WAR in 2013. / Drew McKenzie, Sportspress Northwest

The latest came Sunday when Ollie Connelly of Detroit’s Outside Sports Network reported the Tigers were “going to make a serious run at acquiring Franklin” after starting shortstop Jose Iglesias was diagnosed Sunday with stress fractures in both shins. Iglesias will begin the season on the disabled list and the club doesn’t know when he might return.

The Mariners are trying to decide what to do with Franklin, who is locked in a spring training competition with incumbent shortstop and friend Brad Miller. Last season as a rookie, Franklin hit .225 with 12 home runs, 45 RBIs and posted a 2.3 Wins Above Replacement while playing second base, but was displaced this offseason when Seattle signed Robinson Cano to a 10-year, $240-million contract.

The perception entering spring training was that Miller would ultimately keep his starting job while Franklin would be sent to Triple-A Tacoma or traded before Opening Day. The latter sentiment is strengthened by reports since camp began that the Orioles, Rays and Mets see Franklin as a potential solution to their voids at shortstop.

Last week, manager Lloyd McClendon dismissed the thought that Franklin would immediately be sent to Tacoma if he didn’t beat out Miller but didn’t anoint him a backup infielder, either. Meanwhile, the trade speculation persists.

Perhaps most intriguing is Miller and Franklin’s friendship, which dates back to when they played together on all-star teams while growing up in Orlando, FL. They have neighboring lockers in the Mariners spring training clubhouse and the one at Safeco Field. They’re both natural shortstops, even though Franklin’s rookie season was spent playing second base. It appears like both added muscle during their first major league offseason. Miller is 24. Franklin is 23.