Instead of casting his lot with the Seahawks, five-time Pro Bowler Jared Allen has signed a four-year contract worth $32 million with the Chicago Bears. 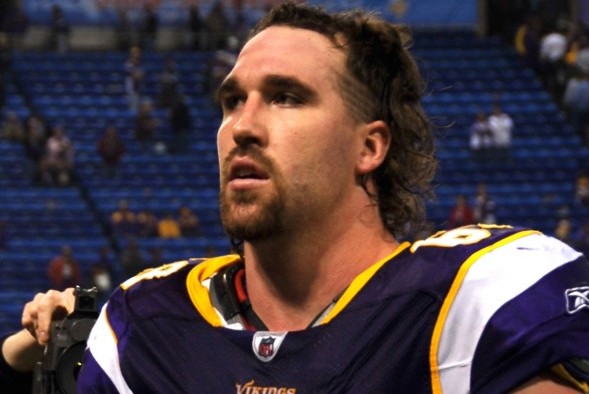 DE Jared Allen, with 128.5 career sacks, has reached agreement with the Chicago Bears  on a four-year deal. / Wiki Commons

Five-time Pro Bowl defensive end Jared Allen has spurned the salary-cap challenged Seahawks and signed a four-year contract with the Chicago Bears. According to NFL.com’s Ian Rapoport, the Bears will pay Allen $32 million in a deal that voids down to three years and $24 million, of which $15.5 million is fully guaranteed. The likelihood is that this will turn into a two-year deal.

The Seahawks had hoped to add the 31-year-old Allen, who had 11.5 sacks for the Minnesota Vikings last season, to a defense that has lost seven significant players since the Super Bowl, including starting defensive ends Red Bryant and Chris Clemons, both cut to clear cap room.

Allen, who produced seven consecutive double-digit sack seasons and averaged 13 sacks per year over his 10-year career, twice visited with the Seahawks during the last 10 days, seeking a contract similar to the three-year, $30 million deal that the Denver Broncos gave DeMarcus Ware.

Allen said if he didn’t get what he believed he was worth, he would “walk away from the game.”

“It’s a big business decision for him,” Seattle coach Pete Carroll said Monday, when asked if the Seahawks were still in play for Allen’s services. On Tuesday, GM John Schneider told NFL.com, “I don’t think the door’s closed by any stretch of the imagination.”

But it slammed shut early Wednesday when the Seahawks were clearly unable to offer the kind of money Chicago did. That comes as no surprise.

“We’re limited in what we can do in terms of our cap space and what we want to do with our young football team, and he (Allen) has a limit, too, in terms of what he can do,” Schneider told NFL.com. “There just has to be a balance. We had a great visit, he’s a great guy, has a great family.”

Since the free-agent signing period began three weeks ago, the Seahawks have lost nearly a dozen players, including WR Golden Tate to the Detroit Lions, DT Clint McDonald to Tampa Bay, RT Breno Giacomini to the New York Jets, CB Walter Thurmond to the New York Giants and OT/OG Paul McQuistan to the Cleveland Browns — in addition to Bryant and Clemons, both of whom signed with the Jacksonville Jaguars.

Meanwhile, to counter the defections, the Seahawks have added just two players in free agency, wide receiver Taylor Price and guard Stephen Schilling. Due to injuries, Price has played in only since NFL games since New England drafted him in 2011. Schilling, a Bellevue High graduate, appeared in 17 games with two starts for San Diego between 2011-13.

While the Seahawks seemed to represent the best opportunity Allen had to win a Super Bowl (he has been on winning teams in only five of his ten seasons), Chicago’s money clearly talked.

“We’ve got a lot of work to do with our roster,” Carroll told Sirius radio Monday.