The Super Bowl success and the Sounders’ eagerness to get into their own operation prompted the separation that was in everyone’s minds from the 2007 start. 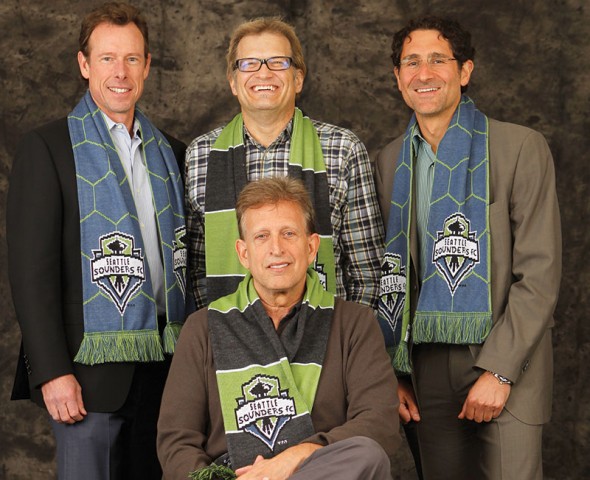 Seeds for Thursday afternoon’s news that the Sounders and Seahawks would be splitting their shared business operations were sown a long time ago. In fact, discussions that led to the decision started at almost the same time the teams started working together.

“There were definitely conversations all along the way about the best way to run the Sounders,” team owner and GM Adrian Hanauer said Friday. “I imagine that internally on the Seahawks side, they were also having discussions on how to best run the Seahawks and maximize their operations.”

In 2007, when the Sounders began making the leap from USL to MLS, they were beneficiaries of a unique, fruitful partnership with the Seahawks, who provided the business backbone that helped the Sounders’ launch become the massive success that it was.

But from the start, people in both organizations knew a day would come when the Seahawks would nudge the Sounders out of the nest. Hanauer said momentum for that split picked up steam late last year as both sides engaged in “more substantive conversations about whether now was the right time.”

Now was deemed the right time because of the teams’ business calendars. The Seahawks are in their first off-season as defending Super Bowl champions. They’ve never been bigger. By making this move now, their staff will be free to concentrate 100 percent on the NFL and the Seahawks brand as they attempt to build on success.

From the Sounders perspective, now is the perfect time because most of the heavy lifting for their 2014 season is done. “We’re done with our sales cycle for this year,” Hanauer says. “We can always sell more, but most of our tickets, suites, and sponsorship deals for this year are done.”

The timing will give them a few months to figure out how to operate in their new world before the 2015 sales cycle starts late this summer.

They will use that time to establish new offices in the Pioneer Square area. Hanauer sounds like a teenager getting ready to move out of his parents’ home when he talks about the move of the team’s business operations out of VMAC in Renton.

“There are some really fun and exciting things in terms of creating a home base and creating our own unique soccer culture on the business side,” he said. “We always felt we were a part of the family but it’s nice to think about our own home.”

That home won’t include a new stadium any time in the near future. The Sounders have five years remaining on their lease at CenturyLink, Given the size of the crowds they routinely draw, the idea of leaving is not on anyone’s radar.

The deal becomes official on April 30, almost 6½ years after the partnership began Nov. 13, 2007. Ownership structure of the team won’t change as a result of the split. Hanauer’s ownership stake will remain the same, slightly less than the majority share held by filmmaker Joe Roth. Seahawks owner Paul Allen will retain his 25 percent ownership in the club and comedian Drew Carey will also maintain his smaller share.

Timing was also right for the Sounders because their business has grown and stabilized to the point that even the ever-cautious Hanauer believes they should have no trouble being out on their own.

“In the first few years, we felt like it was startup,” Hanauer says. “I am by nature extremely paranoid about businesses I own and operate. I’m always wondering if fans are going to show up. But after five years I’m pretty convinced we’re here to stay, and we have a solid foundation in the community.”

They will always thank the Seahawks for help in building that foundation.  Soon will be seen what can be done on their own.