Kent reached the round of eight twice in his time as coach at Oregon under athletic director Bill Moos, who as Cougars AD, hired him Monday to replace Ken Bone. 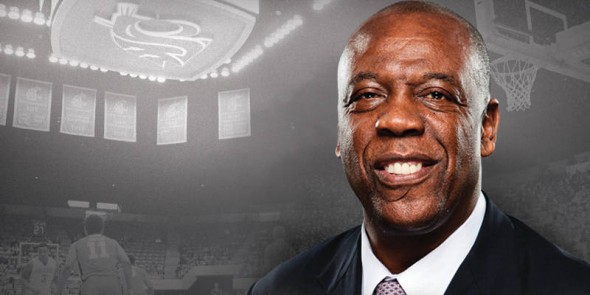 Kent will be introduced at a Beasley Coliseum press conference at 2 p.m. Wednesday. Terms of his deal haven’t been disclosed but the school said Monday he will receive a five-year rollover contract.

Kent spent the past three years as a basketball analyst for the Pac-12 Networks after a winning 13-year stint at Oregon (1997-2010). Working most of that time for Moos, then Oregon’s AD, he racked up a 235-173 record, a Pac-10 regular season title, two conference tournament titles and five NCAA tournament appearances. He reached the Elite Eight round of the NCAA tournament in 2002 and 2007.

“I’m looking forward to providing the kind of passion and leadership to help potential student-athletes understand how special WSU is,” Kent said in a release. “Getting back into coaching for me has meant finding the right program that matches up with my passion, my vision, my beliefs and my commitment; and I feel Washington State University fits all that criteria for me. Bill Moos has a vision and has created enormous energy around Cougar Athletics and I want to be a part of that. Now is the time.”

Kent, 59, replaces Ken Bone, who was fired March 18 after the Cougars finished a woeful 10-21 (3-15 Pac-12). Earlier this month, Moos cited fan apathy as partial cause for Bone’s dismissal: This past season WSU averaged just 2,800 sold tickets for home games at Beasley Coliseum, capacity 11,671.

It’s the second time Moos has hired Kent to be his head coach.

“I am excited that Ernie will be the leader of our men’s basketball program,” Moos said. “I have witnessed first-hand his many talents. He has proven that he can win championships in our conference. Together we saw tremendous success at his alma mater, and I have every reason to expect to see the same at mine.”

Known for an energetic presence on the sidelines and running an uptempo style, Kent said he experienced Beasley Coliseum’s atmosphere when the Cougars were winning. He played for Oregon from 1974-77 and was an assistant at Stanford (1990-91) under coach Mike Montgomery, who retired Monday at 67 from Cal.
Kent was also an assistant at Colorado State (1988-89) and head coach at St. Mary’s from 1991-97.

“As a player I saw the energetic environment that George Raveling’s teams created, as an assistant I witnessed Kelvin Sampson’s squads and saw the magic here, and as a head coach I saw the excitement created by Tony Bennett,” Kent said.

“Ernie Kent comes to WSU with sterling credentials and the necessary skill set to take the basketball program to higher levels of achievement,” Raveling said. “He has been a part of the growth of the Pac-12 from eight teams to 10 teams and now to 12 teams. He has lived the history and growth of the conference. Ernie clearly understands what it takes to achieve success in one the most difficult conferences in the country. Congratulations to ‘Cougar Nation.’ I’m excited about the selection and wish Ernie nothing but success.”

In 19 seasons as a head coach, Kent has a 325-253 overall record and six NCAA tournament appearances. WSU has made it to the Big Dance six times dating back to 1941.

“When WSU is having success, Beasley Coliseum is one of the best environments in the West,” Kent said. “The students are so passionate, I saw 5,000 of them out there ready to go during warm-ups, one of the few places I’ve ever witnessed that.  When you’ve seen that arena full and the program was at its best and now you have the opportunity to lead that program and you understand the potential that exists, that is very special to me.”