DeSean Jackson didn’t take long to find a taker in his sudden free agency, signing with the Redskins for $24M. But Richard Sherman didn’t care much for the “gang-ties” connection. 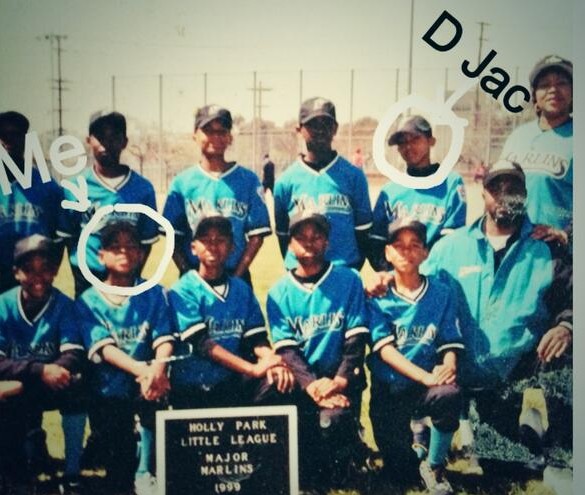 DeSean Jackson, thrust upon the free agent market after the Philadelphia Eagles cut him without compensation, found an eager taker for his premier NFL talents when he signed Wednesday a three-year, $24 million contract with the Washington Redskins, who guaranteed $16 million.

The Seahawks were seen as possible bidders for his services, given his history with coach Pete Carroll, who attempted to recruit him to USC in 2005, and a need to replace WR Golden Tate, lost in free agency to Detroit. But the Redskins’ huge offer priced him out of Seattle’s reach.

Jackson, whose value seemed much diminished after the Eagles attempted to trade him without success despite his best statistical season of 82 catches and 1,334 yards, was nearly made financially whole by the Redskins. He had $30 million and three years remaining, none guaranteed, on his deal with the Eagles.

According to Elias Sports Bureau, no player has switched teams within the same division after a season with 80-plus receptions for 1,200 yards or more.

The Seahawks reportedly made Tate an offer of around $5 million annually. If that amount were enough on a one-year deal, after which Jackson could re-enter the free agent market, the Seahawks may have engaged with him. But the value assigned him by a desperate team such as the 3-13 Redskins was well above what Seattle was likely to offer, given the constraints under salary cap.

Jackson was also the subject of a story last week on nj.com that linked him to friends in gangs in his native Los Angeles, which suggested that the affiliations were part of why the Eagles cut him. Accused of no wrongdoing, Jackson was cut a half-hour after the story was published Friday.

Seahawks CB Richard Sherman, who played youth baseball with Jackson, took exception to the linkage. In his Wednesday column on MMQB at si.com,  Sherman notes the irony of the suspicion cast upon Jackson, while Colts owner Jim Irsay, who was busted for DUI and felony counts of illegal drug possession, was given more sympathetic treatment.

“I look at those words—gang ties—and I think about all the players I’ve met in the NFL and all of us who come from inner-city neighborhoods like mine in Los Angeles,” Sherman wrote, “and I wonder how many of us could honestly say we’re not friends with guys doing the wrong things.

“Commit certain crimes in this league and be a certain color, and you get help, not scorn. Look at the way many in the media wrote about Jim Irsay after his DUI arrest. Nobody suggested the Colts owner had ‘ties’ to drug trafficking, even though he was caught driving with controlled substances (prescription pills) and $29,000 in cash to do who-knows-what with. Instead, poor millionaire Mr. Irsay needs help, some wrote.

“But DeSean Jackson is the menace, right?”