Entering his final contract year, Pete Carroll is getting a contract extension that most assumed was coming after his Super Bowl triumph. 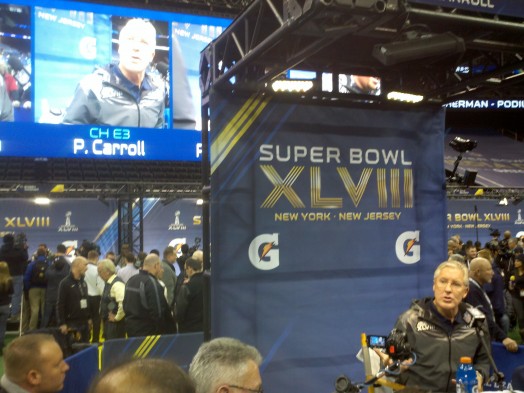 After the Seahawks victory parade in downtown Seattle, Pete Carroll was asked at a press conference about a contract extension before he enters the fifth and final year of his contract.

“I’m in great shape,” he said, declining to elaborate on what that meant. We’ll find out a little more Friday, when the Seahawks have a press conference to announce the extension.

Carroll and the general manager he selected, John Schneider, brought Seattle its first major pro sports championship in 35 years with a 43-8 triumph over Denver Feb. 2 at New Jersey’s MetLife Stadium.

Counting his year with the New York Jets and three seasons with New England, Carroll has a pro record of 71-57.

There was no post-season indication that Carroll wouldn’t be extended, unlike in San Francisco, where 49ers coach Jim Harbaugh caused an uproar at the February scouting combine when he apparently entertained briefly the notion of filling the vacancy of the Cleveland Browns. He too finished the fourth of a five-season deal, although not as well as Carroll, who beat his rival 23-17 in the NFC championship game in Seattle.

The NFL’s top-paid coach is New Orleans Sean Payton at $8 million, followed by Bill Belichick at $7.5 million, Washington’s Mike Shanahan at $7 million, then Carroll, Harbaugh and and St. Louis’s Jeff Fisher at $7 million.