Mariners’ offense off to a rare, quick start

Six games is a small sample, but what the Mariners have accomplished offensively so far overwhelms their numbers from previous seasons. 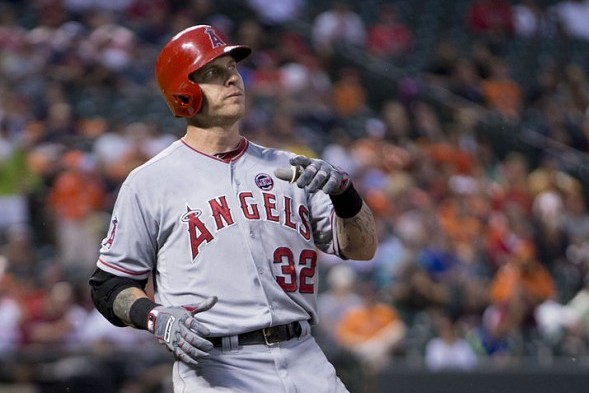 Had the Mariners won Sunday in Oakland, they would have completed their first 5-1 road trip since 2011 when the club twice (April 26-May 1 at Detroit and Boston and May 20-25 at San Diego and Minnesota) enjoyed such a junket. But Erasmo Ramirez squandered a 3-0 lead by allowing a three-run homer to Brandon Moss in the third inning and the Mariners couldn’t recover against Sonny Gray and three relievers and lost 6-3, finishing the season-opening trip 4-2.

Until the Ramirez mistake, Mariners pitching had been about as good as it gets. The staff had a 1.91 ERA through five games, lowest in the first five in franchise history (old mark 2.62 in 1993), and the lowest in the American League through five since the 2011 Baltimore Orioles posted a 1.80.

With Hisashi Iwakuma and Taijuan Walker due to return in the next few weeks, the Mariners have a chance to remain in the AL West race for a long time if the offense continues to produce. Of course, six games is hardly a significant sample size, but the first six have exceeded most expectations.

But the most impressive number is a .333 average (T3) with runners in scoring position. Last year’s .228, third worst in the majors, contributed heavily to 40 blown leads and, ultimately, 91 losses.

The Mariners have not ranked among American League team batting leaders since Lou Piniella managed the club and Ichiro, now 40, was still in his 20s. So the following is worth a look, even if it’s only a six-game snapshot (as Seals & Crofts put it, “We May Never Pass This Way Again”).

This is rare territory, almost worthy of a Foghorn Leghorn exclamation. In fact, the Mariners have not started a season with an OPS above .750 since 2001 when they got off to a .790 start.

More than anything, the Mariners needed Justin Smoak to protect Robinson Cano in the lineup. So far he’s delivered, batting .292 with a couple of home runs and eight RBIs, fifth in the American League. Among Seattle’s regulars, only the usually productive Kyle Seager has yet to make a contribution (2-for-18, .111).

HOME OPENERS: The Mariners are 22-15 all-time in the first home game of the season, including 7-5 in home openers after starting a season on the road . . . After recording a third-inning double Sunday at Oakland, Robinson Cano (hitting .391) will take a 14-game hitting streak against the AL West when the Mariners host the L.A. Angels Tuesday. Cano has a six-game hitting streak to open the season (9-for-23) . . . Several members of the NFL champion Seahawks will throw out the ceremonial first pitch . . .  Cano will be presented pre-game with a Silver Slugger award won last season with the Yankees, and former Mariner Raul Ibanez, now with the Angels, will be honored for winning MLB’s annual Hutch Award in January . . . Pre-game events begin at 6:30 p.m. Fans are urged to arrive early because enhanced security measures will be used for the first time at all entrances.

FURTHER REVIEW: When Felix Hernandez allowed a Jed Lowrie leadoff home run in the ninth inning of the Mariners’ 3-1 win at Oakland Saturday, it snapped a streak of 29 scoreless innings for Hernandez at O.co Coliseum. The previous longest streak by a Seattle pitcher at the Oakland venue was 28 innings by Jamie Moyer from 1997-2000 . . . Hernandez, who turns 28 Tuesday, has 1,722 career strikeouts. According to Elias, only Sam McDowell (1,956), Bert Blyleven (1,910) and Walter Johnson (1,886) had more before turning 28.

AL WEST: When Yu Darvish of the Rangers recorded his 500th strikeout Sunday in the 62nd game of his career, it made him the second quickest to reach that milestone among pitchers who debuted since 1893, when the pitching distance was established at 60 feet, 6 inches. Dwight Gooden needed only 61 games to record 500 strikeouts. Seattle’s Felix Hernandez required 87 to reach 500 K’s, getting there June 11, 2008, with eight whiffs in a 2-1 win over the Toronto Blue Jays.

Moss’s home run Sunday off Erasmo Ramirez was his eighth against Seattle over the past two seasons. Only three other players have hit eight or more homers against one team since the start of the 2013 season: Adam Dunn vs. Minnesota (10), Evan Longoria against the Yankees (9), and Josh Hamilton vs. Houston (8).

NEXT: James Paxton (1-0, 0.00) makes his second start Tuesday opposite LHP Hector Santiago (0-1, 7.20), whom the Mariners battered 8-2 a week ago in Anaheim. The 24-year-old Paxton held the Angels to two hits and recorded nine strikeouts in seven innings in his season debut.