For notching a hat trick in last Saturday’s 4-4 draw with the Portland Timbers, Clint Dempsey was chosen MLS Player of the Week. 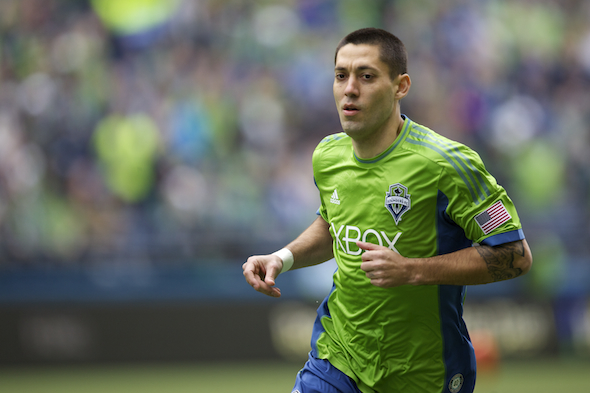 After his hat trick Saturday, forward Clint Dempsey of the Sounders is Major League Soccer’s player of the week, as voted by national writers. Seattle’s wild, 4-4 draw with the Timbers at Providence Stadium in Portland was due largely to Dempsey’s first hat trick in his MLS career and the first three-goal performance in the league this season.

Dempsey leveled the match 2-2 with his first goal in the 24th minute when he collected a pass from Obafemi Martins and scored from the center of the box. Trailing  4-2 in the 85th minute, Dempsey again collected a pass from Martins in the box and slotted it into the net for his second goal.

Dempsey in the 87th minute converted a penalty kick to tie the game, completing Seattle’s comeback road draw in the opening match of the 2014 Cascadia Cup.

The award marks the first for a Sounders player this season and the first since Martins in Week 29 last year.